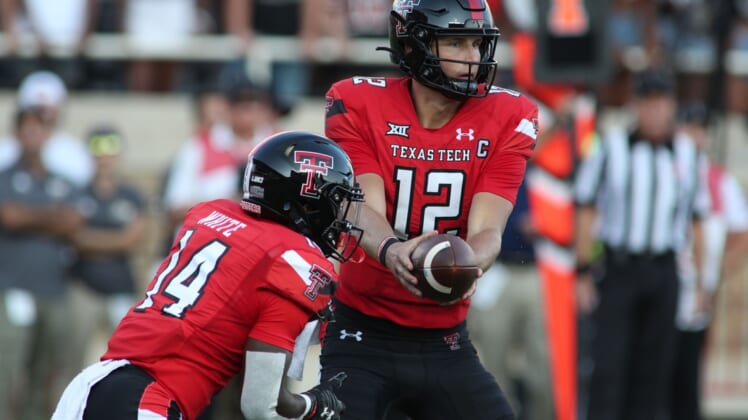 Shough was injured in the 70-35 loss to Texas on Saturday and coach Matt Wells said the Red Raiders hope to get the quarterback back on the field in November.

Shough, who transferred from Oregon, is in his first season in Lubbock. He completed 69.6 percent of his passes for 872 yards with six touchdowns and three interceptions in four starts this season for Texas Tech (3-1, 0-1 Big 12.)

A junior, Shough was Oregon’s starter in 2020 and led the Ducks to the Pac-12 title and a Fiesta Bowl berth.

Before the injury on Saturday, Shough was 9-of-11 passing for 68 yards with an interception. He was replaced in the second quarter by Henry Colombi, who completed 17-of-23 pass attempts for 324 yards with three TD passes and an interception.

Colombi started four games in 2020 for Texas Tech after transferring from Utah State. He is expected to start Saturday when the Red Raiders visit West Virginia (2-2).