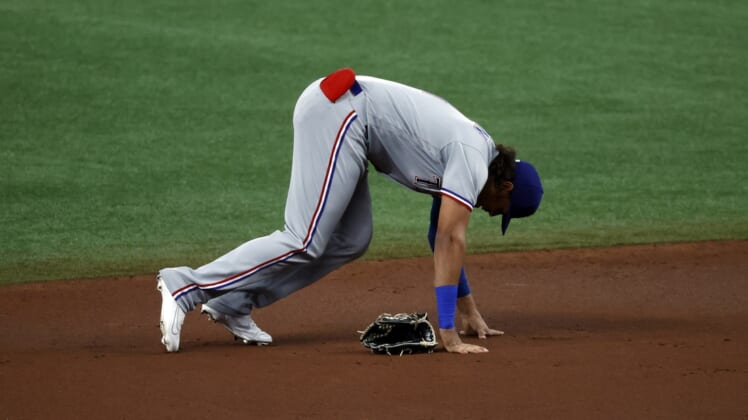 Rangers left fielder Ronald Guzman sustained a right knee injury in the bottom of the first inning and was removed from Texas’ game against the Tampa Bay Rays on Monday night in St. Petersburg, Fla.

A first baseman playing left field for just his second time in his career — he played one inning there on April 3 at Kansas City — Guzman dodged a potential collision with shortstop Isiah Kiner-Falefa on a popup in shallow left.

In obvious pain, he grabbed his right knee, sat on the infield and was examined by training personnel before being transported to the team clubhouse for further evaluation.

Eli White came off the bench and replaced Guzman in left field.