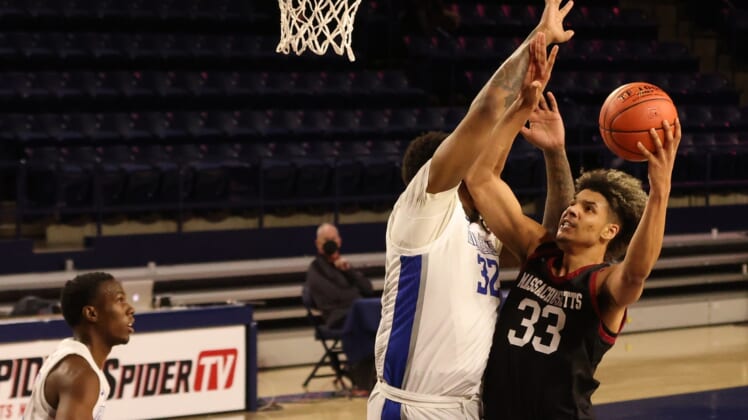 Texas landed one of the top available mid-major transfers of the offseason when Massachusetts center Tre Mitchell committed to the Longhorns on Tuesday.

Mitchell is a rising junior with three years of NCAA eligibility remaining.

The Longhorns brought in coach Chris Beard from Texas Tech to replace Shaka Smart, who left for the same position at Marquette this spring.

Coming out of high school in Pittsburgh, the 6-foot-9 Mitchell was a four-star recruit and ranked No. 84 in the country by 247 Sports.