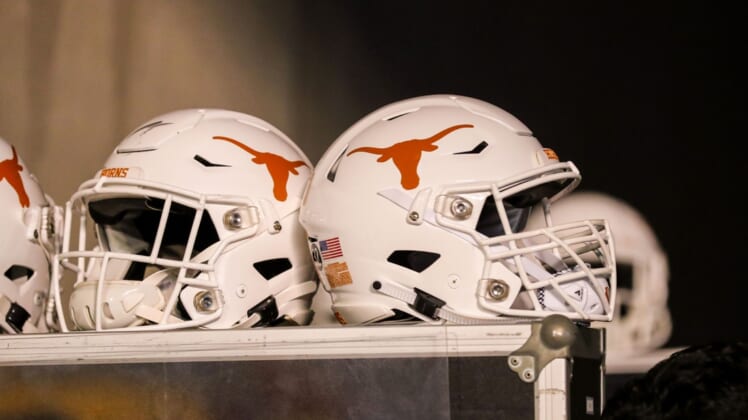 Five-star quarterback Maalik Murphy announced he will play at Texas, giving new coach Steve Sarkisian his first major commit in the Class of 2022.

Murphy is ranked as the No. 2 pro-style quarterback and the No. 30 player in the nation by the 247Sports composite. The 6-foot-5 prospect from Gardena, Calif., had offers from about 30 teams across the nation, including Alabama, Florida, Oregon and Southern California.

“I feel like I will be able to succeed at the highest level playing at the University of Texas with a man like Coach Sark by my side calling the plays,” Murphy told ESPN. “Putting me in the best position to showcase my talent and prepare me for the next level.”

Murphy’s words must ease some of the wounds at Texas, which previously held the commitment of Quinn Ewers, the nation’s top-ranked player. The Longhorns thought they were set at quarterback when Ewers committed to the team last Oct. 14, only to see him decommit less than three months later.

Ewers, from Southlake, Texas, since flipped to Ohio State.