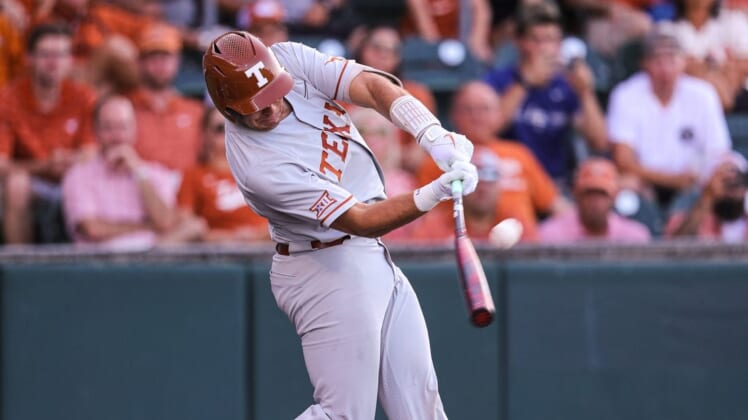 After defeating East Carolina in the Super Regional, Texas (+360) is listed as the early favorite to win the College World Series, according to BetSided.

The Longhorns went 42-19 in the regular season and finished as the No. 9 seed in the nation. After dropping the first game of the series against ECU, Texas responded with a vengeance, outscoring the Pirates 20-9 in back-to-back wins that punched its ticket to Omaha, Neb.

Stanford trailed closely behind at +460, and its number might see movement after the Cardinal beat UConn Monday night in the rubber match of their three-game series to advance. Oregon State also has not yet secured its spot in the final eight, but sits at +470 to win its fourth championship in program history.

After shocking No. 1 Tennessee, Notre Dame is listed at +900 along with Oklahoma. The Sooners were able to get by Virginia Tech in the Super Regional, sending them to their first College World Series since 2010.

Ole Miss currently has the lowest odds among teams that have solidified their place in the College World Series at +950.