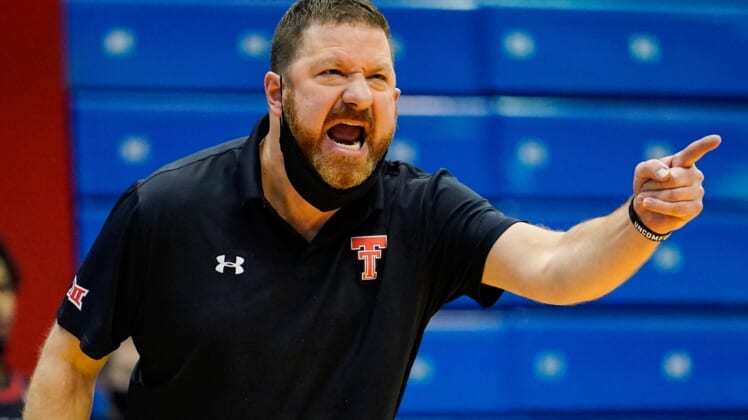 The 48-year-old Beard got his start in coaching as a graduate assistant at Texas in the early 1990s, spent 10 years as an assistant at Texas Tech in the Bob Knight era and landed his first Division I head coaching job in 2015 at Little Rock. He spent just one season at the Sun Belt Conference school and posted a 30-5 record and a win in the 2016 NCAA Tournament before moving on to Texas Tech.

At Texas, Beard will replace Shaka Smart, who left the Longhorns last week to become the head coach of Marquette.

Texas was knocked out of the NCAA Tournament in the first round in both previous appearances under Smart, falling to No. 11 seed Northern Iowa in 2016 and No. 7 seed Nevada in 2018.