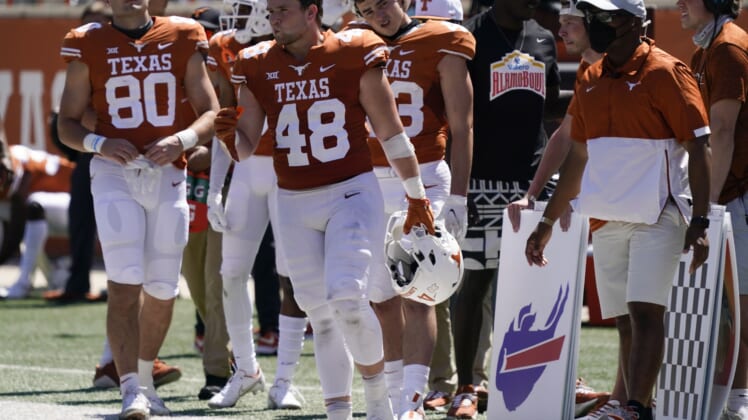 This week is supposed to be one of the greatest moments in the life of Sam Ehlinger. Selected in the sixth round of the 2021 NFL Draft, the former Texas star is living his dream.

Unfortunately for Ehlinger and his family, the week has now been defined by a tragedy few could scarcely imagine. The quarterback’s brother, current Texas linebacker Jake Ehlinger, was found dead off campus by Austin Police on Thursday.

Authorities say they received a call around noon local time relating to Ehlinger. They ultimately found him dead at a residence. There’s no reason to believe that the death is suspicious.

The younger Ehlinger brother has not played over the past two seasons after a high school playing career at Westlake.

As for Sam Ehlinger, he was the 218th overall pick in the 2021 NFL Draft after a stellar four-year career in Austin that saw the quarterback throw 94 touchdowns against 27 interceptions.

Our thoughts obviously go out to the Ehlinger family and the entire Texas Longhorns football community during these most difficult of times.