Texas A&M out of Gator Bowl due to COVID-19 issues, injuries 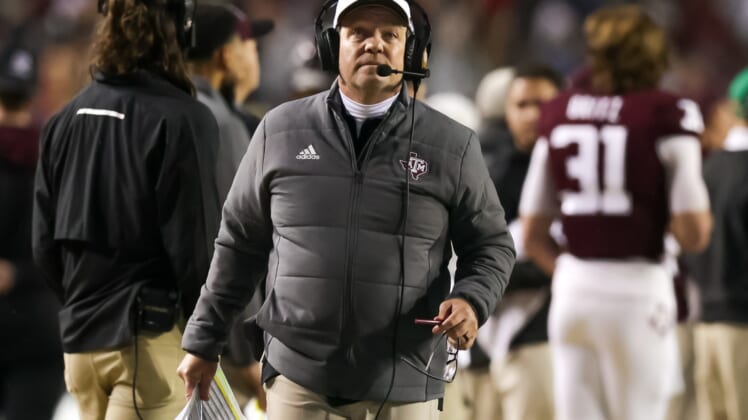 No. 25 Texas A&M on Wednesday announced it has opted against competing versus No. 17 Wake Forest in the Gator Bowl, citing a combination of COVID-19 issues as well as injuries.

Gator Bowl officials are seeking a replacement to face the Demon Deacons (10-3) on Dec. 31 in Jacksonville, Fla.

“We are disappointed that Texas A&M University and the Aggie fans will be unable to represent the Southeastern Conference in Jacksonville at this year’s TaxSlayer Gator Bowl game,” Gator Bowl chairman John Duce said in a statement. “However, the health and safety of the student-athletes, coaches and staff remains our primary concern.”

“It is unfortunate, but we just don’t have enough scholarship players available to field a team,” Aggies coach Jimbo Fisher said.

Texas A&M (8-4) began the season by winning seven of its first nine games. It has since dropped two of its last three, including a 27-24 decision to LSU on Nov. 27.

“It is heartbreaking for our players, coaches, staff and fans that we are not able to play in the TaxSlayer Gator Bowl,” Aggies athletic director Ross Bjork said. “Postseason football is the pinnacle of the season and when the opportunity is lost, it hurts on many levels. As we have learned in the last 21 months of this health challenge, the well-being and safety of our student-athletes is paramount.”