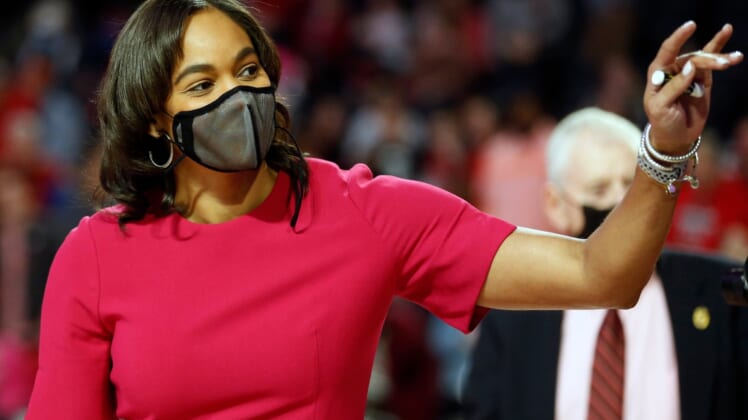 “The more we got to know Coach Taylor, it became crystal clear that she is the right coach to lead our program into this new era of Aggie basketball,” said Ross Bjork, the athletic director at Texas A&M. “Her passion, energy, knowledge of the game, recruiting acumen, experience in the SEC and leadership in modern day college athletics are all the characteristics that make Coach Taylor the perfect fit for Texas A&M and our basketball program.”

She had a 140-75 record (62-48 SEC) in seven seasons with Georgia. The sixth-seeded Lady Bulldogs lost to third-seeded Iowa State, 67-44, in the second round of the NCAA Tournament on Sunday.

Taylor played at Alabama, then began her coaching career at Troy, followed by stops at Louisiana Tech, Alabama and LSU before joining Georgia as an assistant coach in 2011.

This will be the second time Taylor replaces a women’s college basketball coaching legend.

At Georgia, she took over for Andy Landers, who won 862 games in 36 seasons with the Bulldogs.

At Texas A&M, she will succeed 76-year-old Gary Blair, who is retiring with 852 career wins. He has been at the helm of the Aggies since 2003, leading them to a national championship in 2011.