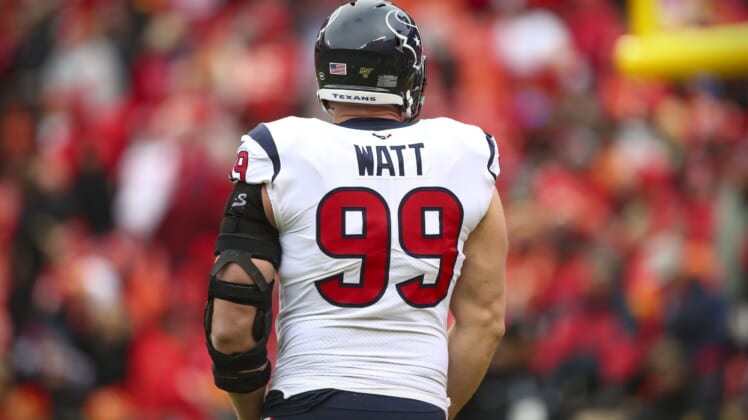 The 2020 NFL season is scheduled to kick off in less than a month with the Houston Texans and Kansas City Chiefs facing off for the first regular-season game. While the COVID-19 pandemic has caused plenty of concern for the upcoming season, Texans star J.J. Watt sounds ready to take the field.

Watt, who has been vocal about concerns over player safety amid the pandemic, now sounds confident that the 2020 NFL season will kick off on schedule.

The NFL welcomed players back for the start of training camp near the end of July, with everyone undergoing daily COVID-19 testing and strict social-distancing guidelines being followed. With the regular season drawing closer, the results are leaving many around the league feeling optimistic.

Many of the concerns players had with the league’s testing protocols and how safe team facilities would be for players have been addressed. As a result, Watt told NBC Sports’ Peter King that he is feeling good about the team’s regular-season opener.

Watt isn’t the only one in the league feeling optimistic. In fact, the league itself is reportedly very confident a full 2020 season will be played despite the ongoing pandemic in the United States.

The NFL received good news this past week when its league-wide COVID-19 test results provided an even lower rate of positive tests than expected. While teams aren’t operating in a bubble, players are following protocols and things seem to be going well.

There are obviously still real risks for all involved and an outbreak could cause everything to come to a halt. For now, though, the NFL is in a good place and everything is on track for the 2020 season. While it might feel a little different than previous seasons, sports fans will just be happy to have football back.