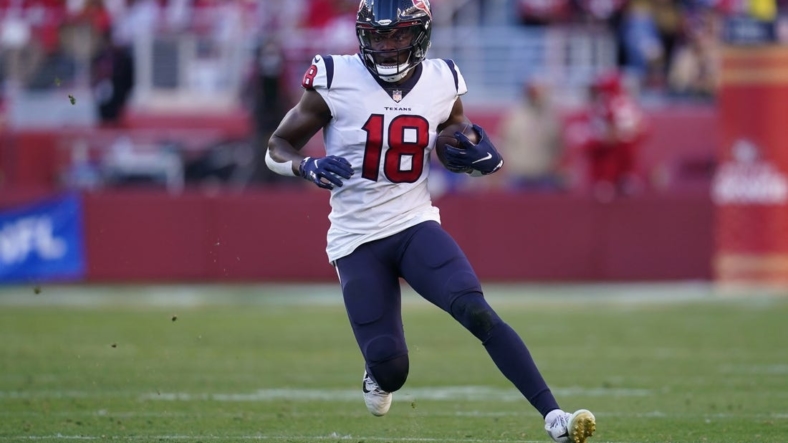 The Houston Texans re-signed running back Royce Freeman and wide receiver Chris Conley amid a flurry of moves Thursday.

Freeman made the 53-man roster but then was released Wednesday to accommodate a waiver claim. Conley and Yiadom were both released Tuesday, the deadline to pare rosters down to 53.

Also Thursday, the Texans placed linebacker Christian Harris, tight end Teagan Quitoriano and DB Tavierre Thomas on injured reserve. The trio will need to miss at least the first four games of the season. Harris and Quitoriano are rookies.

Freeman, 26, played in seven games for the Texans last season, rushing for 92 yards and catching seven passes for 62 yards. He has 1,356 rushing yards and eight touchdowns in 61 career games (eight starts) for the Denver Broncos, Carolina Panthers and Texans.

The Texans also signed fullback Paul Quessenberry to their practice squad. He was waived by the club Tuesday.