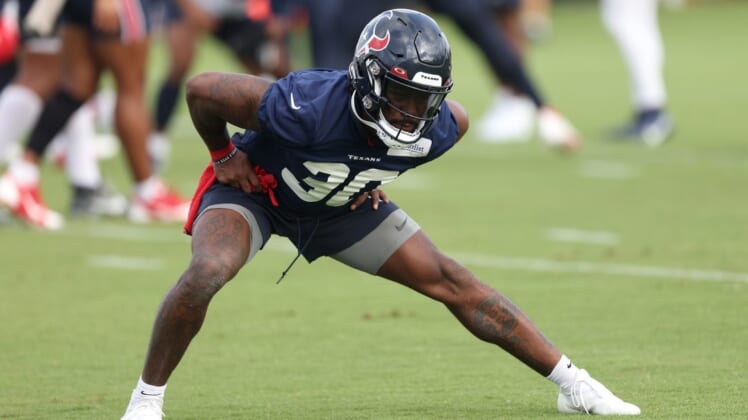 The Houston Texans said Monday they are trying to learn more about the criminal case filed against running back Darius Anderson, who was charged last week with burglary with intent to rape at a home in Houston.

Anderson was arrested on Friday. A woman has accused him of breaking into her home and chasing her. She was able to call the police from a bathroom.

Anderson is not currently in custody and will be arraigned in court on Wednesday, according to court records.

“We are aware of the report involving Darius Anderson,” the Texans said in a statement to Fox News Digital. “We are gathering information and have no further comment at this time.”

Anderson, 24, has yet to play in an NFL game after spending four seasons at TCU. He signed a reserve/futures contract with the Indianapolis Colts in 2021 before signing one with the Texans this past January after being added to the Texans’ practice squad last December.