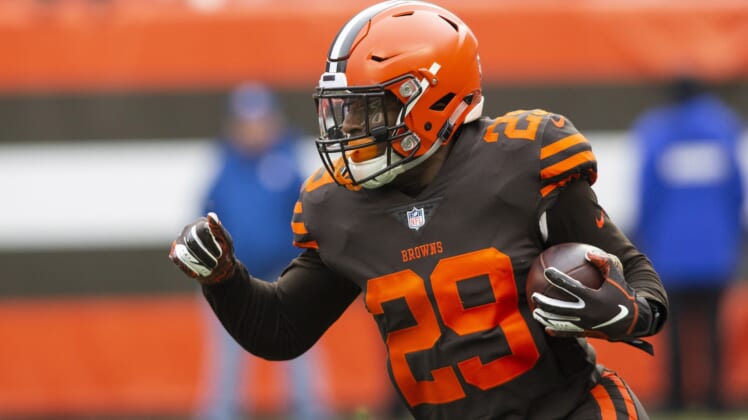 It’s officially official. The Houston Texans on Friday announced that they have acquired veteran running back Duke Johnson from the Cleveland Browns.

Reports of this deal came through Thursday morning. It was noted that Cleveland would likely receive a third-round pick as compensation, depending on Johnson meeting some playing requirements.

Johnson had previously requested a trade from the Browns after they signed Pro Bowler Kareem Hunt. The former third-round pick will add another dimension to Houston’s backfield.

He’s a catch-first back. That’s what Houston needs with Lamar Miller still in the mix. Johnson has recorded an average of 60 catches for 542 yards throughout his four-year career.