Texans lose another top DL: Christian Covington out for year with torn biceps 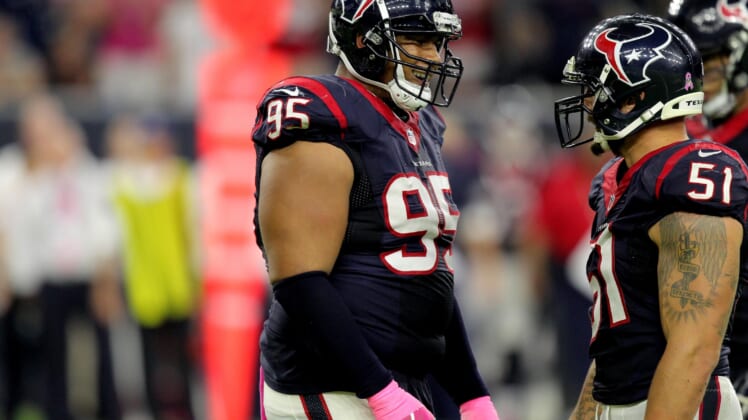 The Houston Texans have had their defensive front absolutely ravaged by the injury bug this year. Christian Covington joins J.J. Watt and Whitney Mercilus as being lost for the year after suffering a torn biceps Sunday against the Seattle Seahawks.

Another hit to the #Texans front 7: DE Christian Covington is out for the season with a torn bicep. Depth at a premium there.

Covington isn’t a big name, but he’s been a big part of Houston’s defensive front this year. While his stats — 16 tackles, one sack and one forced fumble — don’t scream this out, he’s been outstanding, especially against the run. Pro Football Focus rated Covington as its No. 12 overall 3-4 defensive end and No. 8 against the run.

Needless to say, Houston’s defensive front cannot handle many more injuries and remain viable. The lack of depth was a huge reason why Russell Wilson was able to engineer the comeback on Sunday. Jadeveon Clowney and Co. were just getting gassed.

Looks like it’s going to be the Deshaun Watson show from here on out.