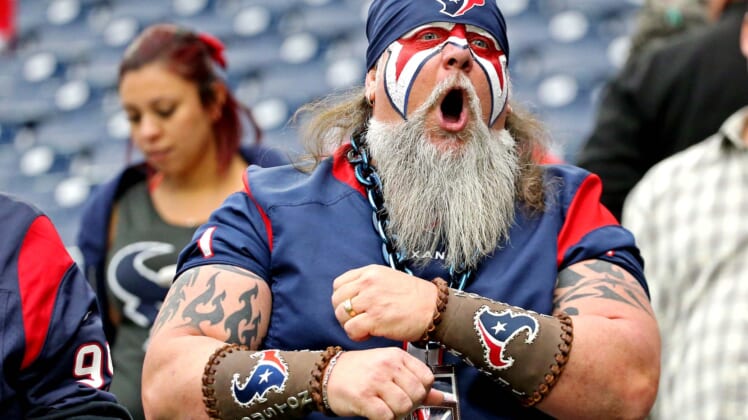 The Houston Texans have seen this story too often under embattled head coach Bill O’Brien. For some reason, he just can’t get his team up to play in the postseason.

That came to fruition in a big way during the first half of Saturday’s AFC Wildcard game against the Buffalo Bills at NRG Stadium in Houston.

The Texans fell down 13-0 at the half after a brutal display from the team’s offense. On the other side, a trick play from the Bills netted that up-and-coming squad the first touchdown.

This led to Texans fans booing their team off the field heading into the locker room at the half. It was not a great scene.

Including last season’s playoff game against the Colts, Houston has now been outscored 34-0 in the first half of their past two postseason outings.

It led to some Texans fans showing their frustration in a big way.

A game that started with J.J. Watt pumping up the home crowd has quickly turned into talk about O’Brien’s future with the Texans.