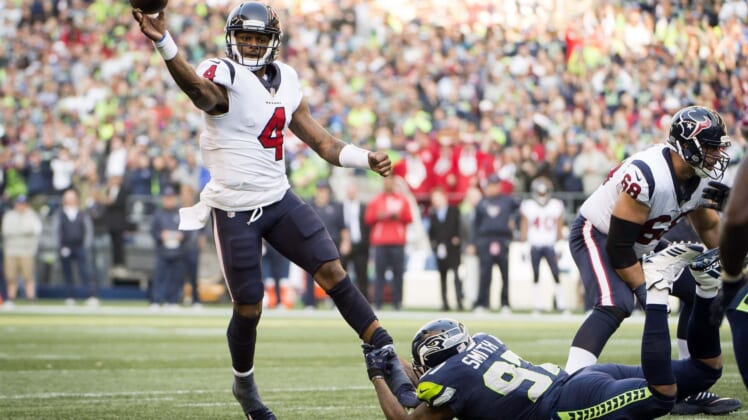 This has to be music to the ears of the Houston Texans and their fans. Being interviewed during the American Flag Football championships in Houston on Thursday evening, young quarterback Deshaun Watson broke some news we all thought was coming.

Fresh off a rookie season in which he suffered a torn ACL, the former first-round pick announced on NFL Network that he will be a “full go” once training camp opens next week. In typical Watson fashion, the young signal caller also said that he’s aiming for “50-plus touchdowns” this coming season.

After suffering that freak injury last season, Watson’s road to recovery has seemingly been smooth. There’s no reason to believe that he will be held back all too much during summer camp.

In seven games (six starts) last season, Watson accounted for nearly 2,000 total yards and 21 touchdowns. He was on a record-setting pace before the late-October knee injury.