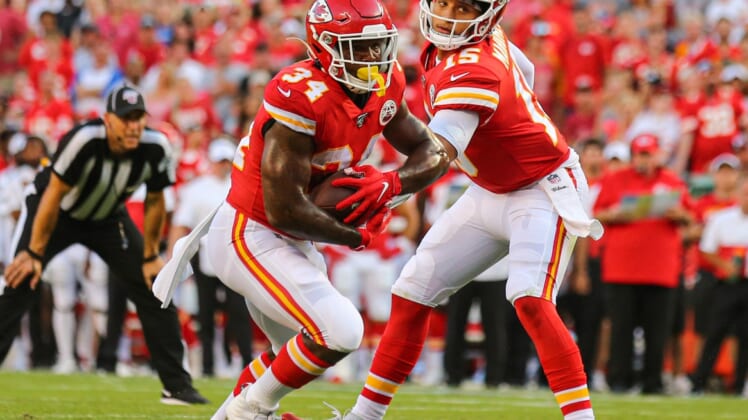 Just days after head coach Bill O’Brien said he was happy with the team’s situation at running back, the Houston Texans pulled off a trade for Carlos Hyde.

Per ESPN’s Adam Schefter, Houston is sending guard Martinas Rankin to Kansas City in the trade.

This is puzzling for a couple of reasons. First, the last thing the Texans needed to do was let a promising offensive lineman walk out the building. Previously reported as a player set to be cut, Rankin was a third-round pick last year and showed a bit of promise as a rookie.

Making this even stranger, Hyde was on the outs in Kansas City after showing some ball-security problems this preseason. He was once a highly touted player but injuries have been the bane of his career to this point.

Finally, the Texans recently traded for running back Duke Johnson, who played with Hyde and significantly outperformed him during their shared tenure in Cleveland.

The Texans look to be a sinking ship without a captain at the helm. This has been the case ever since they fired general manager Brian Gaine, and we thought the Jadeveon Clowney trade was the icing on the cake — until now.