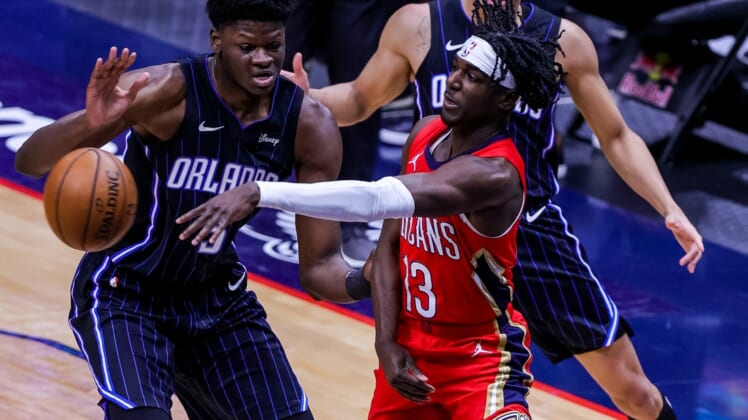 Terrence Ross scored 19 points and made a tiebreaking jumper late in overtime as the visiting Orlando Magic held off the short-handed New Orleans Pelicans 115-110 on Thursday night.

Wendell Carter Jr. added 21 points and 12 rebounds, Chasson Randle scored 15, Dwayne Bacon had 14, James Ennis III had 13 and Mo Bamba 11 as the Magic won their second straight after losing 13 of 15 before that.

Nickeil Alexander-Walker scored 31 points, James Johnson, who started in his Pelicans debut after being acquired in a trade with Dallas last week, scored 17, Josh Hart had 14 and a career-high 17 rebounds, Eric Bledsoe score14 and Jaxson Hayes 10 to lead the New Orleans, which lost for the second time in six games.

The Pelicans led for most of the overtime, but Chuma Okeke’s steal and dunk tied the score and Ross’ jumper gave the Magic a 111-109 lead with 27.5 seconds left.

A 3-pointer by Johnson started a 7-0 Pelicans run to start the third quarter that tied the score at 52.

Orlando opened an eight-point lead before New Orleans used a 17-4 run to take a 76-71 lead at the end of the third quarter.

The run continued as Hayes’ basket started the fourth-quarter scoring, but the Magic answered with 14 straight points to take an 85-78 lead.

Ross’ 3-pointer put Orlando back on top and the Magic took a five-point lead with 1:37 left.

Alexander-Walker hit a short jumper and a 3-pointer to tie the score with 44.7 seconds left to force overtime.