Terrell Owens pitches his services to the 49ers 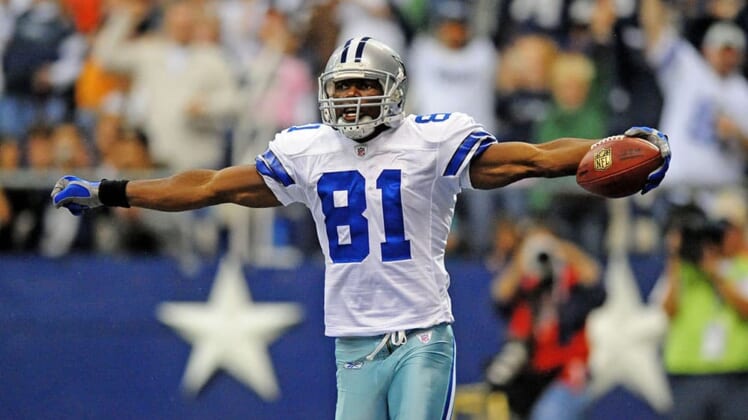 Set to be inducted into the Hall of Fame this summer and having not played in the NFL since 2010, most figured Terrell Owens might give up on his dream of returning to the league. After all, he’s 44 years old and seven seasons removed from being on the gridiron.

That’s not the case. Owens continues to pitch himself to teams around the league in hopes of a return to the NFL. That now apparently includes his former San Francisco 49ers squad.

In responding to a tweet from 49ers general manager John Lynch Saturday morning, Owens made it clear that the team should sign him.

Thanks. I know Jimmy G is gonna need a big play receiver this year at some point. Let's make it happen. #StayReady #VetMin https://t.co/cuHToOZOfE

Wait. He legit just offered to play for the veteran minimum? Lynch needs to get on that as soon as possible. Imagine Owens catching passes from a god-like figure such as Jimmy Garoppolo. It would be lit.

Alas, it’s not going to happen.

Owens made noise last month when he hinted at a return to the NFL. But that proved to be much ado about nothing. This tweet likely won’t go anywhere, either.

For now, Owens should just concentrate on that bust about to be unveiled in Canton later this summer. The 49ers will be just fine without you, Mr. Owens.