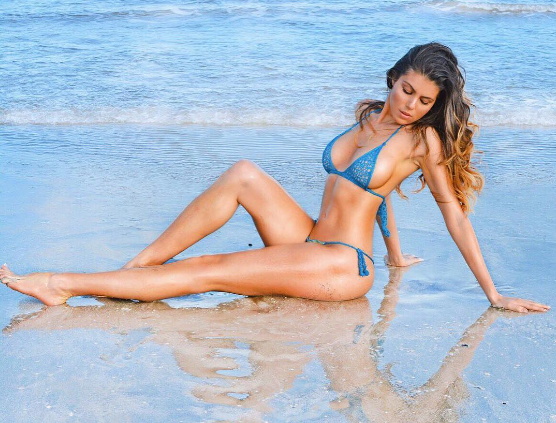 A Texas model by the name of Terann Hilow was spotted on camera at a Houston Astros game this week, and she’s been getting flooded with social media followers ever since.

She had no idea she’d become such an instant star.

“I knew I was going to get some attention when baseball fans in Canada were tweeting me during the 9th inning, but I really didn’t think it was going to be this huge,” Hilow told FOX411 (h/t FoxNews.com). “I’ve had so many people reach out and I’ve gotten so many new followers on social media, it’s crazy.”

Here is the fated moment that caused the model to become an Internet sensation.

Hilow has been attending Astros games for some time now, wearing outfits such as the one she was spotted donning on Tuesday night when she became a social media sensation overnight.

I should prolly copyright this

Not surprisingly, not all who see her wearing such skimpy outfits are happy about them. Not that it bothers Hilow at all.

“People are going to criticize and stereotype no matter what, I’m still going to do my thing though,” said Hilow.

She told Fox411 that her dream is to one day be in a position to help people and would love to have a husband and family one day.

No doubt, she’ll have plenty of suitors lining up to woo her, if she did not already.