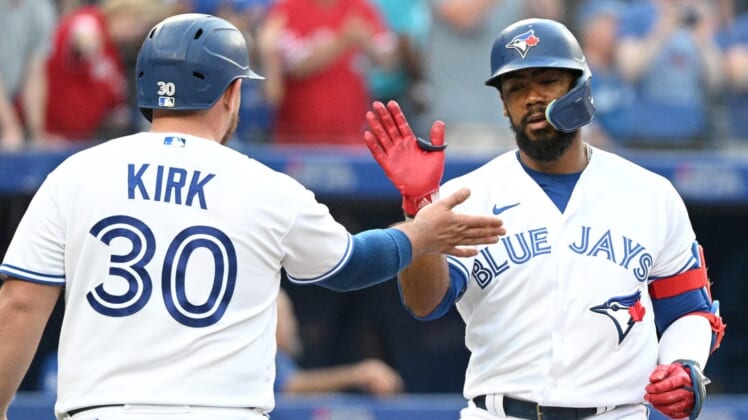 Schneider, who was promoted from bench coach, replaced Charlie Montoyo, who was fired earlier in the day. Montoyo had managed the Blue Jays since 2019.

The Blue Jays swept the two-game set with the Phillies to open a six-game homestand that followed a 1-6 road trip.

The Phillies have lost four in a row.

Vladimir Guerrero Jr. had a solo home run and two RBIs for Toronto.

Bryson Stott hit a two-run home run for the Phillies.

Toronto scored once in the third. Matt Chapman led off with a walk, took third on Santiago Espinal’s single and scored on Raimel Tapia’s fielder’s choice grounder.

Tapia, George Springer and Bo Bichette started the bottom of the fifth with singles to score one run. Guerrero hit a sacrifice fly to extend the lead to 6-0.

Philadelphia’s Nick Duron pitched around two singles in the sixth in his major league debut.

Stripling had allowed only Nick Castellanos’ fourth-inning double until Rhys Hoskins reached first base on Bichette’s throwing error on a leadoff grounder to shortstop in the seventh. Stott hit his sixth home run of the season with two out.

Tim Mayza pitched a perfect eighth for the Blue Jays.

Bubby Rossman made his major league debut in the bottom of the eighth and allowed a walk and the 11th home run of the season by Hernandez.

Trevor Richards struck out the side in the ninth.