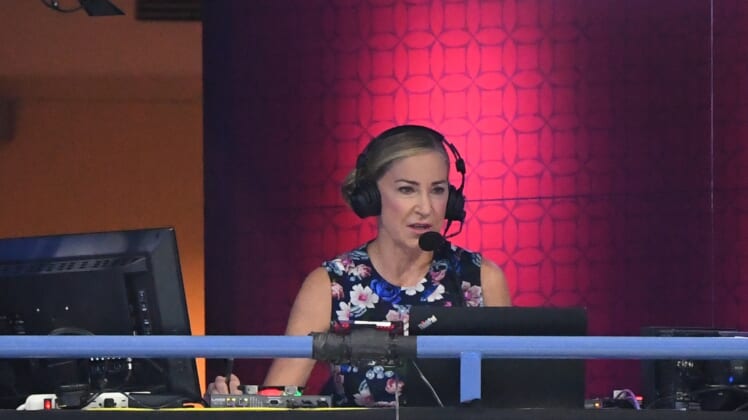 Evert, 67, posted on Twitter a link to an ESPN story she co-wrote with Chris McKendry, in which Evert said: “I feel very lucky that they caught it early and expect positive results from chemo plan. … thanks to all of you for respecting my need to focus on my mental health and treatment plan. You will see me appear from home at times during ESPN’s coverage of the Aussie Open.”

The news comes less than a year after Evert’s sister Jeanne Evert Dubin died at age 62 of ovarian cancer.

According to the story Evert wrote with McKendry, Evert’s cancer is in an early stage and was caught during a preventive hysterectomy. Evert learned of the diagnosis in December.

Cancer has not been detected in any other part of Evert’s body, and she began the first of six rounds of chemotherapy this week, according to the story.

“When I go into chemo, she is my inspiration,” Chris Evert said of her sister. “I’ll be thinking of her. And she’ll get me through it.”

Evert won 18 Grand Slam singles titles and three doubles titles in her Hall of Fame career. Her longtime rival, Martina Navratilova, tweeted out her support after hearing the news.

“We are all with you and behind you Chrissie, you are a true champion and I have no doubt you will conquer this nasty opponent with nary a sweat! Xoxox,” Navratilova’s tweet read.

We are all with you and behind you Chrissie, you are a true champion and I have no doubt you will conquer this nasty opponent with nary a sweat! Xoxox https://t.co/G91wnUCRyU