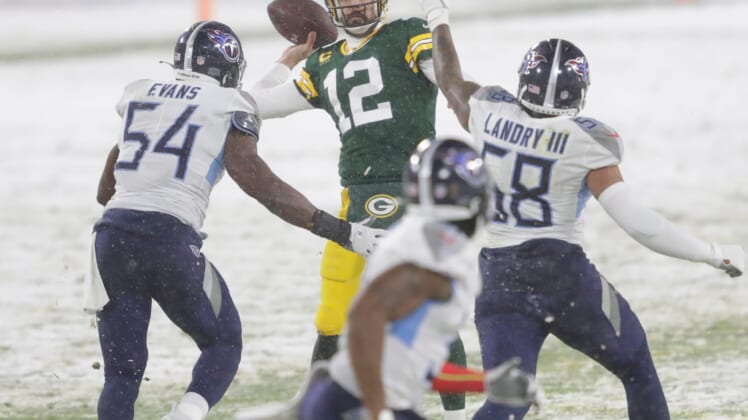 Tennessee Titans quarterback Ryan Tannehill doesn’t plan to mentor rookie Malik Willis this season, but the veteran signal-caller might need to be worried about his future with the organization.

Just over two years removed from signing a four-year contract extension worth $118 million, Tannehill finds himself on the quarterback hot seat in 2022. Tennessee drafted Willis in Round 3 of the 2022 NFL Draft, landing a young passer with the talent to develop into a starter.

Even if Willis doesn’t reach his ceiling and falls short of becoming the next Titans starting quarterback, Tennessee’s actions this offseason should have Tannehill uncertain about how much longer he’ll be playing for the franchise.

NFL insider Adam Schefter reported Wednesday that the Titans were ‘dipping their toes’ this offseason into an Aaron Rodgers trade. While the back-to-back NFL MVP ultimately signed an extension with the Green Bay Packers, he was firmly on the Titans’ radar along with quarterback Deshaun Watson.

While the Titans are ready to roll with Tannehill as their starter in 2022, making another run with him at the AFC, it’s evident the 33-year-old quarterback likely isn’t in the long-term plans.

Tennessee didn’t lack any confidence in Tannehill a year ago. The team made a huge trade for Julio Jones, providing their top quarterback with another outstanding weapon. Injuries prevented the Titans’ offense from being explosive in 2021, but Tannehill still went 12-5 as a starter.

However, head coach Mike Vrabel and the organization witnessed far more volatility from Tannehill than expected. While he posted a 100.2 passer rating in 10 regular-season victories, it fell to a 70.4 passer rating with a 4-7 TD-INT ratio in five losses. 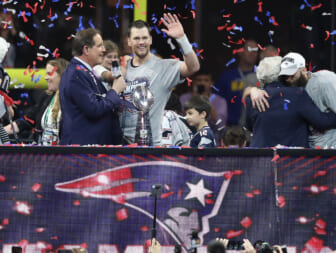 Things got even worse in the Divisional Round loss to the Cincinnati Bengals. As the AFC’s No. 1 seed, Tennessee lost 19-16 in a game that saw Tannehill throw three interceptions with a 66.7 passer rating. Ultimately, his poor performance cost the Titans.

Once it became evident the franchise couldn’t acquire Watson or Rodgers, Tannehill’s starting job in 2022 was secured. But the franchise likely has its quarterback of the future with Willis, a player with the physical talent to do far more in this offense.

Tannehill doesn’t have to mentor him, it’s not part of the job description in his contract. However, that contract will likely be terminated next offseason since the Tennessee Titans can create $27 million in cap space by trading or releasing Tannehill with a post-June 1 designation.