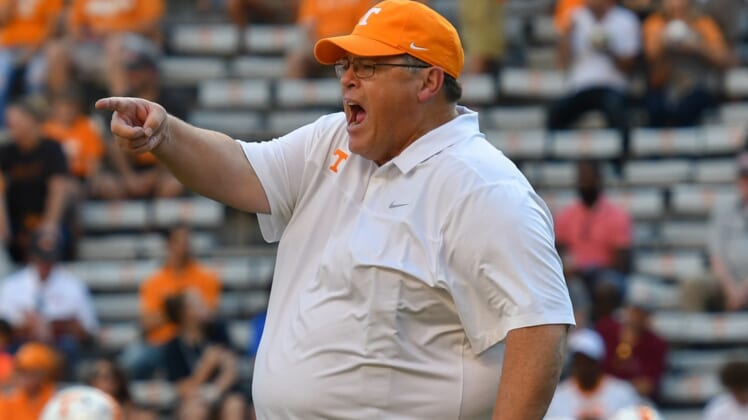 Not returning to the Volunteers are offensive coordinator Jim Chaney and quarterbacks coach Chris Weinke.

Former coach Jeremy Pruitt, who was dismissed earlier this month after an investigation into potential recruiting violations, hired Chaney in January 2019 to lead the offense. Chaney has been a coach in college and the NFL for 36 years. He was Georgia’s offensive coordinator before moving to Knoxville.

Weinke, the 2000 Heisman Trophy winner, was hired by Pruitt in 2018 to coach running backs, then became the quarterbacks coach the following year.

He also played seven seasons in the NFL.

Heupel has not yet announced whether he will retain Kevin Steele, a defensive assistant who was hired just a week before Pruitt’s firing, or wide receivers coach Tee Martin. Martin was the quarterback on the last Volunteers national championship team in 1998.