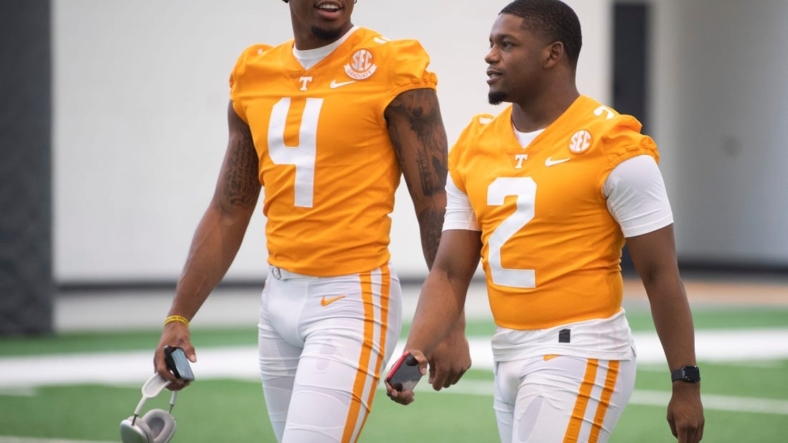 Less than a week before Thursday night’s season opener against Ball State in Knoxville, the Tennessee Volunteers got good news when the NCAA cleared transfer Bru McCoy for immediate eligibility, adding a quality receiver to an already potent offense.

The junior from USC didn’t play for the Trojans in 2021 because of legal and academic issues. He had 21 catches for 236 yards and two touchdowns in the COVID-shortened 2020 season.

McCoy needed a waiver for immediate eligibility at Tennessee because he also had spent time at Texas in 2019 before returning to USC in 2019, where he had originally signed, making this his second transfer.

The former five-star prospect faces expectations to contribute immediately as the Vols have worked him into practices and planned for him to be on the field this week.

Offensive coordinator Alex Golesh said McCoy “has fit right in to our culture. Has added to our culture. Hard-working, tough, smart, really dynamic. To be honest with you, in a lot of ways, super, super grateful to be here and have another chance to do this and having a blast with it.”

The Vols lost starting receivers Velus Jones Jr. and JaVonta Payton but return leading pass catcher Cedric Tillman (64 catches, 1,081 yards, 12 TDs) to an offense that ranked second in scoring in the Southeastern Conference to Alabama with an average of 39.3 points per game.

They will be facing a Ball State team that returns 11 starters from a 6-7 team and is picked to finish last in the West Division of the Mid-American Conference. The doubters and low expectations don’t bother coach Mike Neu.