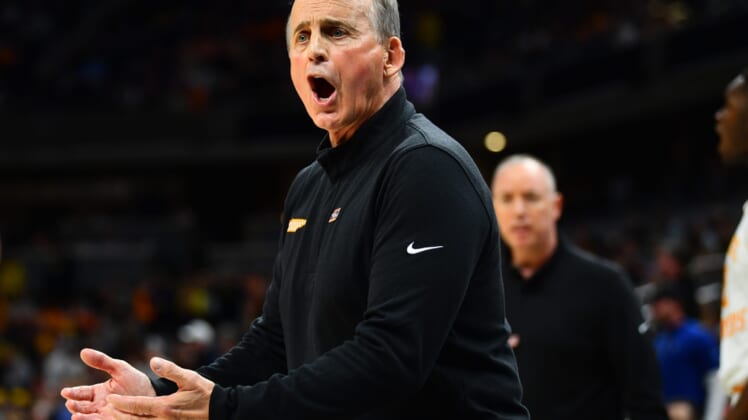 Tennessee coach Rick Barnes had his contract extended one year through the 2026-27 season, the school announced Thursday.

Barnes is scheduled to make $5.45 million during the 2022-23 season, according to the Knoxville News. The publication reported that Barnes will earn $28.85 million over the next five seasons.

Barnes guided Tennessee to 27-8 record this season. The Volunteers’ season ended with a loss to Michigan in the second round of the NCAA Tournament.

“After meeting with our players this week, I’m energized and eager to get back in the gym preparing for next season,” Barnes said in the news release. “Our family is blessed to be a part of the University of Tennessee family, and we appreciate the alignment of our administration.”

One of the Volunteers’ highlights this season was winning the Southeastern Conference tourney for the first time since 1979.

“Having played and coached the game, basketball has a special place in my heart,” White said in the news release. “To that end, I can’t overstate how fortunate we are to have Rick Barnes leading our program. I am unbelievably excited about our bright future as we chase future championships on the hardwood.”