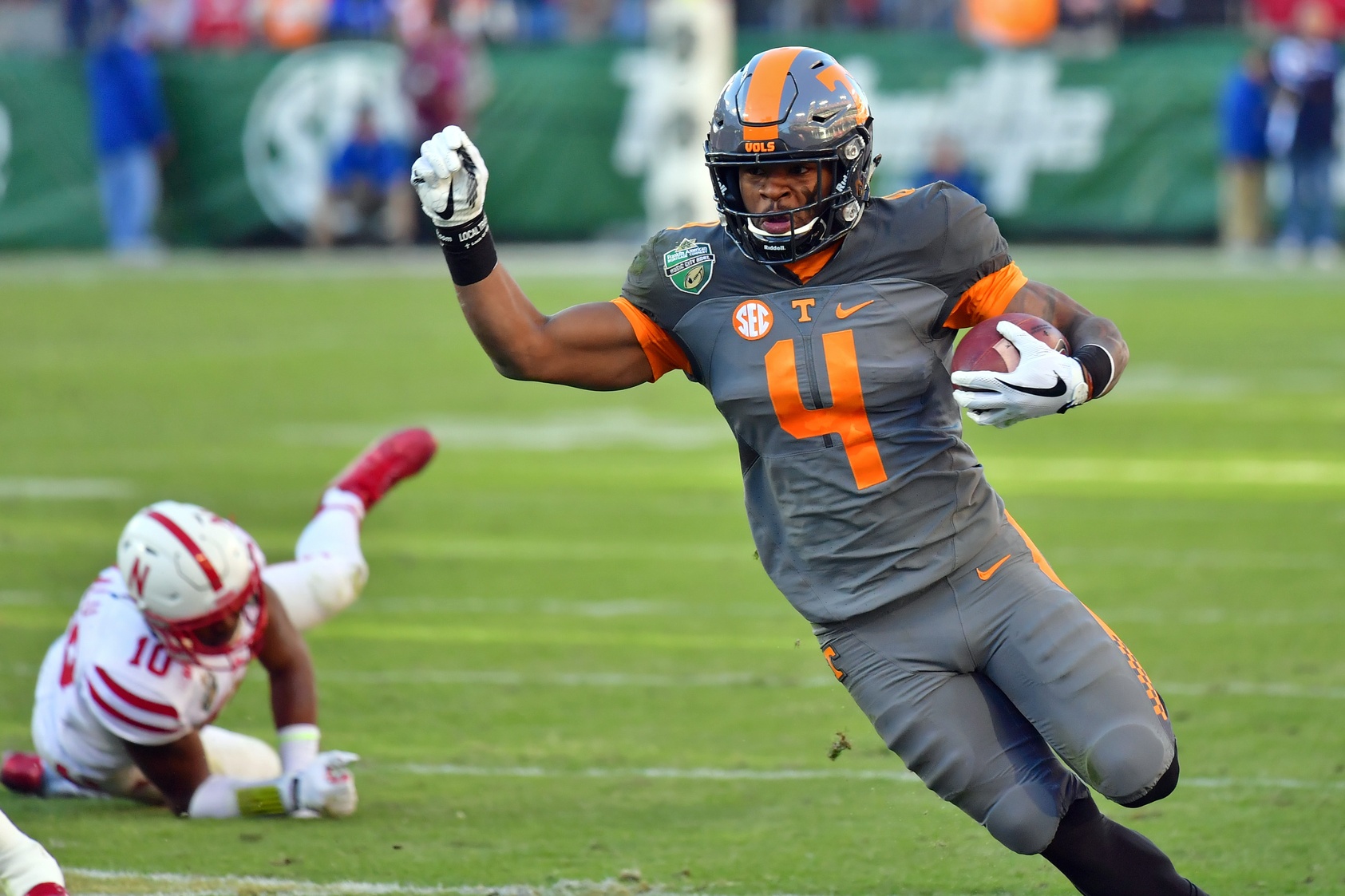 With so much turnover from year to year as players matriculate into the NFL ranks, college football stars emerge every single season.

Superstars like Christian McCaffrey, Jamal Adams and Taco Charlton all moved on to bigger and better things this spring. Jobs are there for the taking for those strong enough to claim them. Those are the guys we’re focusing on in this article.

From a quarterback that has a fresh start to an emerging safety set to take the SEC by storm, we’re taking a look at players who will make their own mark in 2017.

The following 10 players — five on offense and five on defense — are the next college football stars set to take the nation by storm.

With both Alvin Kamara and Jalen Hurd out of the picture, it’s Kelly’s chance to shine as the lead back for the Vols in 2017. It’s a role he’s embracing wholeheartedly this spring.

“I’m always confident, and I feel like I’m ready to embrace any role that they throw me in,” Kelly said, per Wes Rucker of 247sports.com. “Right now it’s being a leader to the younger guys and also being a centerpiece for our offense, so I’m definitely trying to make sure I take care of business and handle all the responsibilities they give me.”

Based on what Kelly has been able to accomplish in his limited opportunities as a freshman and sophomore, fans should be excited. In just 138 career carries, Kelly has tallied 795 yards and six touchdowns on the ground, adding another 51 yards on six receptions last year.

Helping Kelly’s cause is the fact that the Volunteers have a very solid offensive line in place now. Throw in the fact that there isn’t much proven depth behind Kelly and it seems clear Butch Jones will rely on his junior back to carry the load.