Ten NFL players who should be traded before the deadline

In-season NFL trades are somewhat of a rarity. But as we saw with the recent Adrian Peterson deal, teams can surprise with bold moves here and there.

With the NFL trade deadline set for Halloween this year, there are some non-contending teams out there who would love to move veterans for future assets.

From Carlos Hyde of the San Francisco 49ers to better-known stars such as New York Giants quarterback Eli Manning, here are 10 NFL players who should be dealt before the trade deadline. 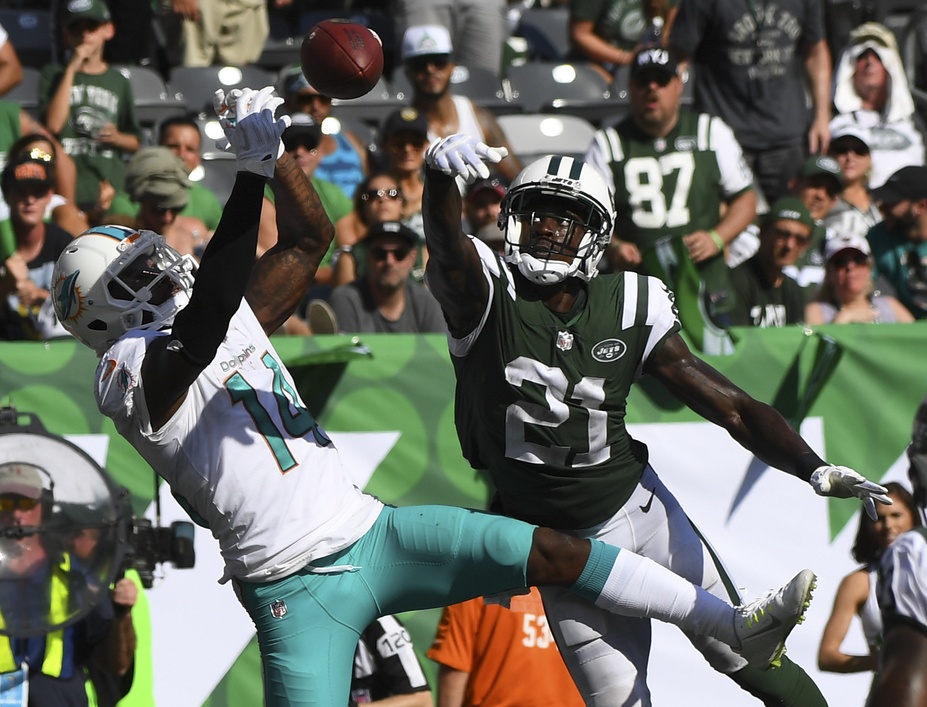 Despite boasting a 3-2 record on the season, it’s highly unlikely the Jets will be contending moving forward. It’s nice little progress for a squad that’s in full-scale rebuild mode. But we’re pretty darn sure GM Mike Maccagnan would like to build up future assets as a way to expedite the rebuild.

That’s where Claiborne comes into play. Signed to a smallish one-year, $5 million deal, Claiborne is looking to build up his value for free agency next season and is unlikely to return to the Jets. Through five games, he’s more than proven himself capable of being a contributor on a contending team. This just makes too much sense for both sides.

We know that the Browns’ rebuild process has been all about adding draft picks. That’s why the team used three-first round picks this past April and boasts five picks in the first two rounds of the 2018 NFL Draft. At 0-5 on the season and with Crowell set to become a restricted free agent in March, why not look to move the running back?

Despite some struggles this season, the 24-year-old Crowell is coming off a 2016 campaign that saw him put up nearly 1,300 total yards at a clip of 4.8 yards per rush. Surely, a contending team like Green Bay or Seattle would be interested in his services. 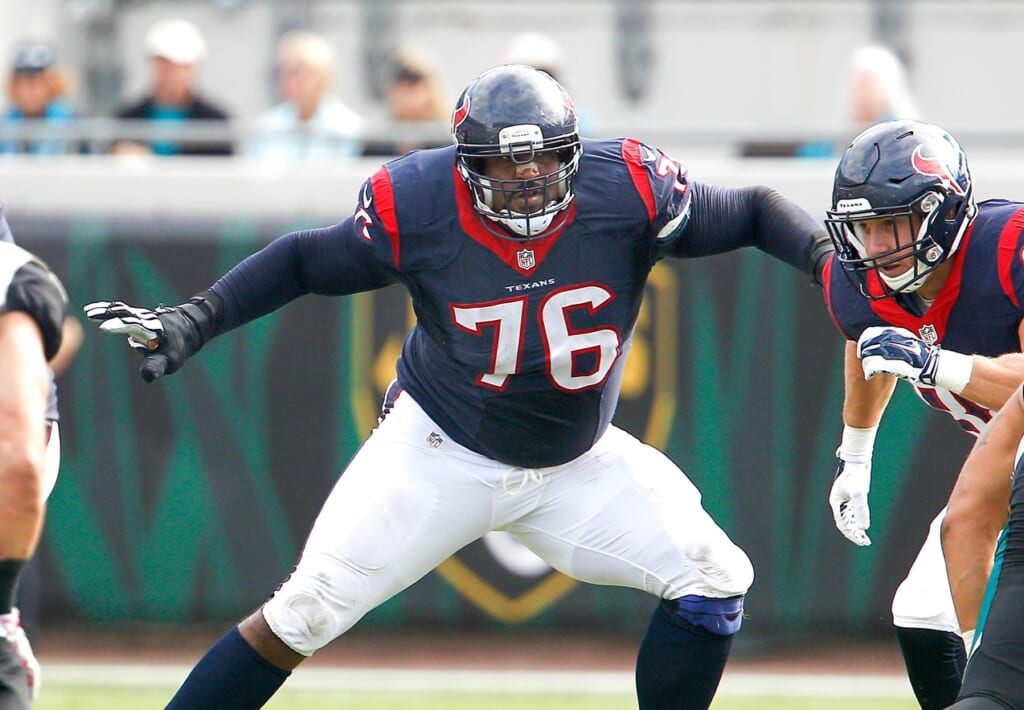 Still holding out from the Texans, it’s looking more and more like Duane Brown might not report at all this season. It’s already a major blow for a team that’s seen its quarterbacks sacked 20 times in five games. The larger issue here is what Houston plans on doing if Brown remains resolute in his attempt to receive a raise from his current six-year, $53.4 million deal.

One report being floated is that Seattle has had discussions with the Texans about Brown. That would fill a major hole for a Seahawks offensive line that’s been among the worst in the league over the past two seasons. With J.J. Watt and Whitney Mercilus out for the season, maybe Seattle offers up a pass rusher and draft pick compensation in return. Just something to think about.

Rashaan Melvin has actually performed well with Davis banged up this season. The younger corner has put up eight passes defended, two interceptions and 24 tackles in five games. While Melvin is unlikely to be a top-end No. 1 corner on a contending team, he can hold the fort down until rookie second-round pick Quincy Wilson is ready. Add in Malik Hooker at free safety, and that’s a nice little trio in the secondary.

It’s also important to note that first-year GM Chris Ballard has no real history with Davis. Indy traded for the two-time Pro Bowler when Ryan Grigson was manning the team’s front office. In today’s pass-first NFL, someone of Davis’ ilk would come in handy for contending teams. It’s something the Colts would have to consider if the opportunity presented itself. 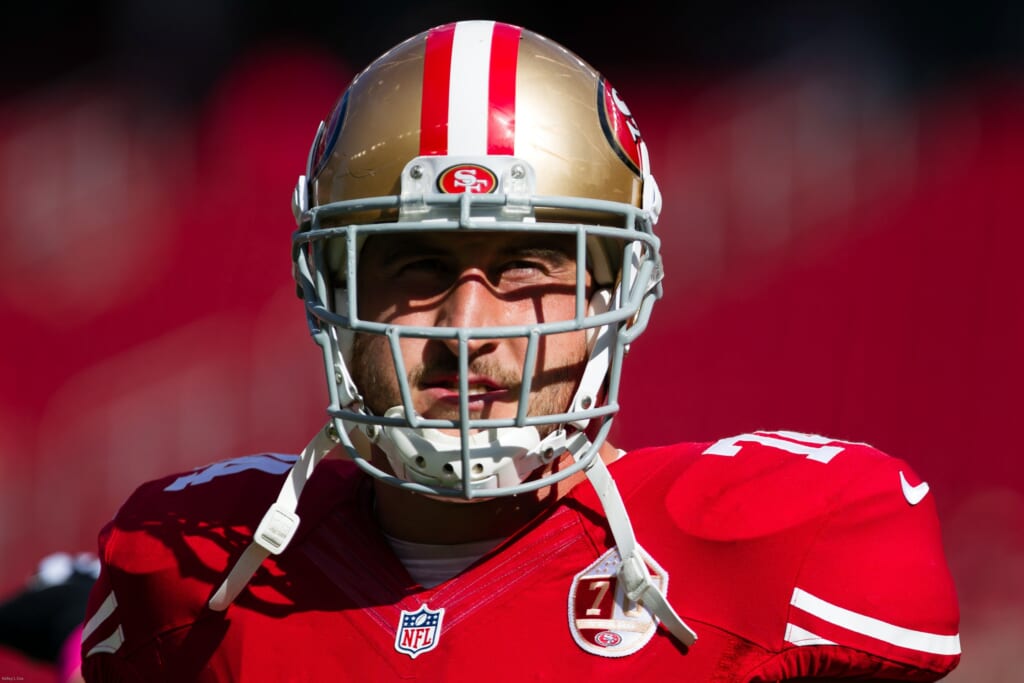 The longest-tenured 49er, Staley has made it clear he’d like to remain with the team for his entire career. But just how much more losing does the five-time Pro Bowler want to go through? He joined a rebuilding 49ers squad in 2007, only to see the team vie for titles during the Jim Harbaugh era, then fall on hard times following that ugly divorce. San Francisco is years away from contending, at which point Staley himself will likely be retired.

From a 49ers perspective, the idea of adding future assets makes a ton of sense here. They boast one of the best young tackles in the NFL in the form of Trent Brown. It’s a team that also has five selections in the first three rounds of next year’s draft. Why not look to add to that by getting solid value for one of the most-consistent left tackles of his era?

Fuller simply hasn’t panned out for the Bears after they made him a top-15 pick back in 2014. Whether it’s primarily due to injury or ineffectiveness, he’s not even the best player on a talent-stricken Bears defense this season. In fact, Chicago sought to potentially move him during the offseason.

Though, still just 25 years old, a change in scenery could do Fuller well here. He didn’t automatically lose his ability after dominating at Virginia Tech. Some team could very well make a play for him as a reclamation project, yielding the Bears a valuable draft pick as they look to continue their rebuild. 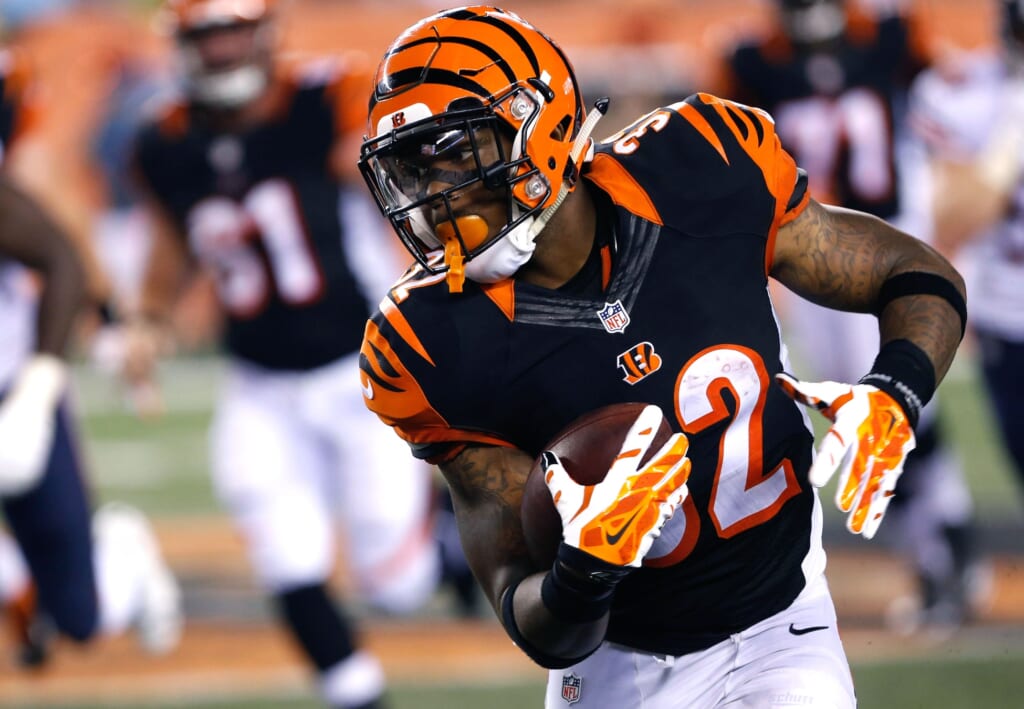 Now that it’s apparent rookie Joe Mixon has taken the Bengals’ primary ball carrier duties from both Jeremy Hill and Giovani Bernard, it’s high time Cincinnati moves one of these veterans. And if that were to happen, Hill’s game is comparable to Mixon, in that they tend to offset one another. Bernard brings more in the passing game, setting up a nice one-two punch with the rookie.

Sure Hill has been less than impressive recently. He’s averaging a career low 3.4 yards per attempt this season and has not crossed the 4.0 territory since his rookie campaign back in 2013. But he’s still tallied 30 touchdowns in 52 career games. There are certainly teams out there who could use his short-yardage ability.

Despite a strong start to the season, Hyde finds himself in head coach Kyle Shanahan’s dog house. He was benched at times for rookie Matt Breida last week and was apparently on the chopping block during the spring. Whether Hyde fits into Shanahan’s offense long term remains to be seen.

But he’s slated to become a free agent following the season, a fact that has led to recent extension negotiations. Should those fizzle out, it would not be a surprise to see him moved. As mentioned before, San Francisco needs as many future assets as possible to continue its rebuild. On pace for nearly 1,400 total yards and still only 27, Hyde would fetch a decent pick in return. 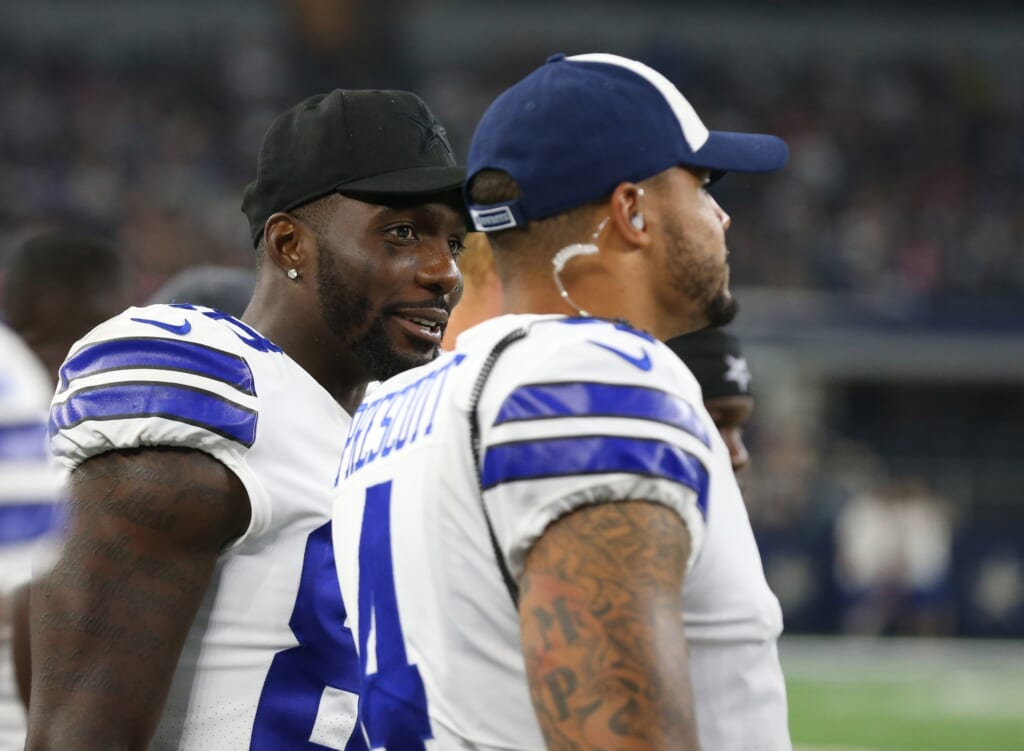 Now, we get to the big names on the list. Bryant seems to be untouchable for a couple reasons. First off, he boasts the third-most guaranteed money of any receiver in the NFL. Secondly, Bryant’s production has come to a standstill since Dak Prescott took over as the Cowboys starter last season. Since then, the three-time Pro Bowler has put up just north of 1,000 yards in 18 games.

Though, we have to think of it in an out of the box way. Do the Cowboys really need Bryant to succeed on offense? Terrance Williams and Cole Beasley have proven themselves to be solid targets. Jason Witten remains a viable receiving tight end. And Ezekiel Elliott has a strong set of hands out of the backfield. If Dallas could potentially nab a defensive player, say um … from Seattle, wouldn’t it consider doing that? Just some food for thought.

At 0-5 on the season, New York isn’t contending for anything anytime soon. The team is a complete and utter mess. More so than anything, New York should consider rebuilding with a strong defense. For his part, Manning has no real offensive line to speak of and has struggled himself over the past season-plus. Maybe, it’s time for the two-time Super Bowl winner to enter the twilight of his career with an actual contending team.

The issue here is that any team in real contention for a Super Bowl already has a quarterback to call its own. The up-and-coming Jaguars could be a fit with what has proven to be a solid rushing attack on offense and en elite-level defense. Heck, the 49ers have proven to be more competitive with a weak quarterback under center. Having lost their past four games by a combined 11 points, San Francisco will look to upgrade at quarterback during the offseason. Why not expediate that process by offering up Carlos Hyde to the running back-starved Giants? Again, just some food for thought.