Ten MLB players not living up to the hype

Entering every season, many MLB players are hyped for various reasons. Some are youngsters finally coming up to the show. Others are stars coming off of an injury or a career year.

Plenty of MLB players entered 2017 with loads of hype, and more than a few are not living up to it.

So, who are those guys?

Which Cubs slugger coming off of an injury isn’t living up to expectations? Which former top-ranked prospects are falling flat at the MLB level? What player whose absence might have swayed the 2016 World Series is coming up short in 2017? What 2016 MVP candidate is not playing to his abilities? Which 2016 Cy Young Award winner falls into the same category?

We’re looking at all of that and more as we dissect the top-10 MLB stars not living up to the hype in 2017.

The 2016 Cubs had a dream season winning 103 regular season games and, of course, ending a 108 year championship drought. Chicago did this despite Schwarber — one of 2015’s biggest contributors — playing in only two regular season games, although he did return for the World Series.

With that, a common question was asked. If the Cubs can be that good without Schwarber, how good could they be with him?

In 2017, Chicago has been pretty darn mediocre, hovering around .500 for most of the year. Schwarber has certainly not helped the cause. He has a respectable (though certainly not spectacular) seven home runs, but is slashing at .186/.306/.365.

Those numbers aren’t good enough for a Gold Glove outfielder, and Schwarber is certainly not that, anyway.

It’s been a sluggish start for the Cubs. But thanks to a relatively mediocre National League Central, Chicago sits at only one game out of first place. If Schwarber heats up, this is a team to look out for during the summer. If he continues to struggle, though, expect the Cubs to continue to battle it out with inferior teams. 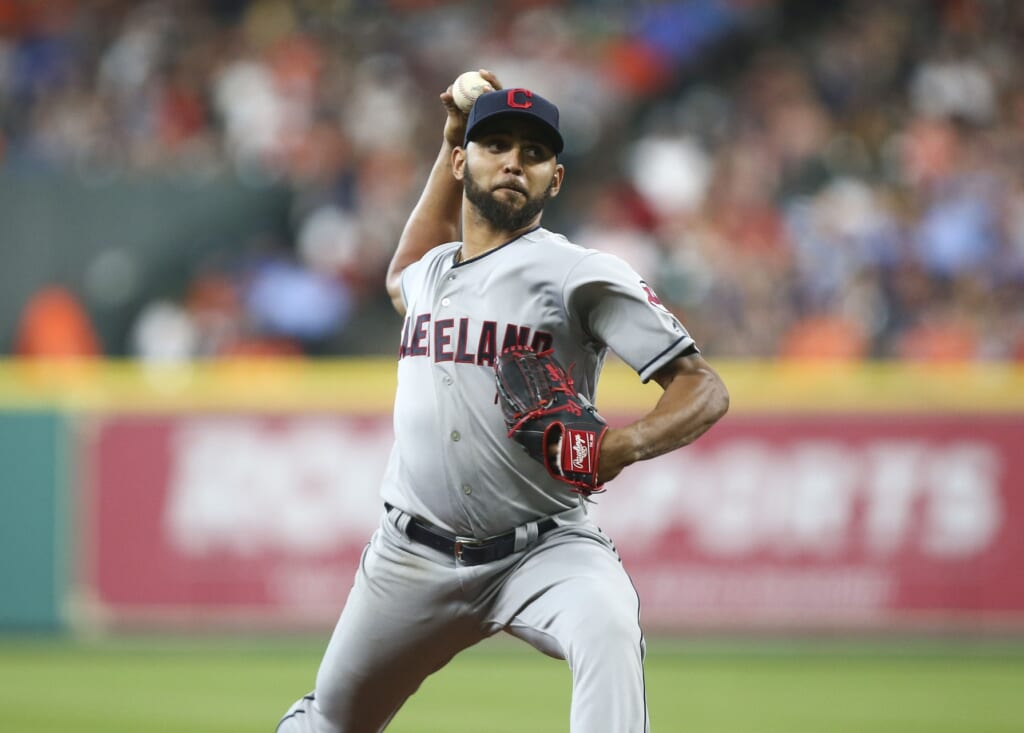 We move from 2016’s World Series champ to the team it narrowly defeated.

If you’re a believer that Cleveland would have closed the deal against Chicago with a healthy Carlos Carrasco and Danny Salazar, we suggest that you frame that rotation around what Carrasco has done in 2017. Salazar’s 2017 is not helping your case.

Over the 2015 and 2016 seasons, Salazar posted a 3.63 ERA, 1.22 WHIP and a simply spectacular 9.9 strikeouts per nine innings. The strikeout total has been there in 2017, with Salazar issuing a staggering 13.2 K’s per nine. Unfortunately, everything else has been a struggle, and a rather significant one, at that.

Salazar has never been above issuing an occasional walk. Still, his 4.4 free passes for nine innings is a career high. That, along with 9.4 hits per nine, gives the Cleveland right-hander a 1.53 WHIP.

He also sports a 5.55 ERA, which has been jacked up by a home run per nine inning rate of 2.1, more than double his 2015-2016 average. Mind you, we haven’t even reached the height of summer, traditionally the busiest home run time of the season.

Now, it should be pointed out that pitching numbers can be wonky. Salazar has had only nine starts, so a bad few outings can be responsible for throwing the numbers out of whack. Unfortunately, that just hasn’t been the case. Salazar has thrown only three quality starts and has yet to go beyond 6.1 innings.

It’s been a pretty rough go, especially considering that Salazar was supposed to be a missing link for a team that very nearly won it all a season ago.