Unfortunately, 2016 has also produced plenty of NFL players who failed to live up to some significant hype.

Who are those guys?

Brock Osweiler has been a disaster, but he’s not the only quarterback that can make that claim. The Broncos, Cardinals, and Panthers have all had massively disappointing seasons. Which players are we looking at from those squads?

Which 10 NFL players have failed to meet expectations?

Following what was a rather significant contribution to the Denver Broncos winning the Super Bowl, Osweiler bolted to Houston in free agency. He was given a four-year, $72 million contract with the hope that he’d raise the Texans from a good AFC team to a great one.

It hasn’t worked out that way in Houston.

The Texans signed Osweiler to be a franchise quarterback. What they've gotten is a poor man's Brian Hoyer. pic.twitter.com/yu1pw8gdDQ

That all came to a head in Week 15. An ineffective Osweiler was benched when the Texans fell behind the lowly Jaguars. Tom Savage led Houston back to win the game. As a result, he’ll be starting in Week 16, which you can read about here.

In truth, O’Brien was too loyal to Osweiler. He’s been consistently unable to get DeAndre Hopkins into games. Even the quartet of Brian Hoyer, Ryan Mallett, T.J. Yates, and Brandon Weeden found Hopkins 111 times for 1,521 yards, and 11 touchdowns in 2015. With 68 catches, 788 yards, and four touchdowns, he’s well off of that pace in 2016.

That all reflects on Osweiler, who’s been an unmitigated disaster throughout 2016. 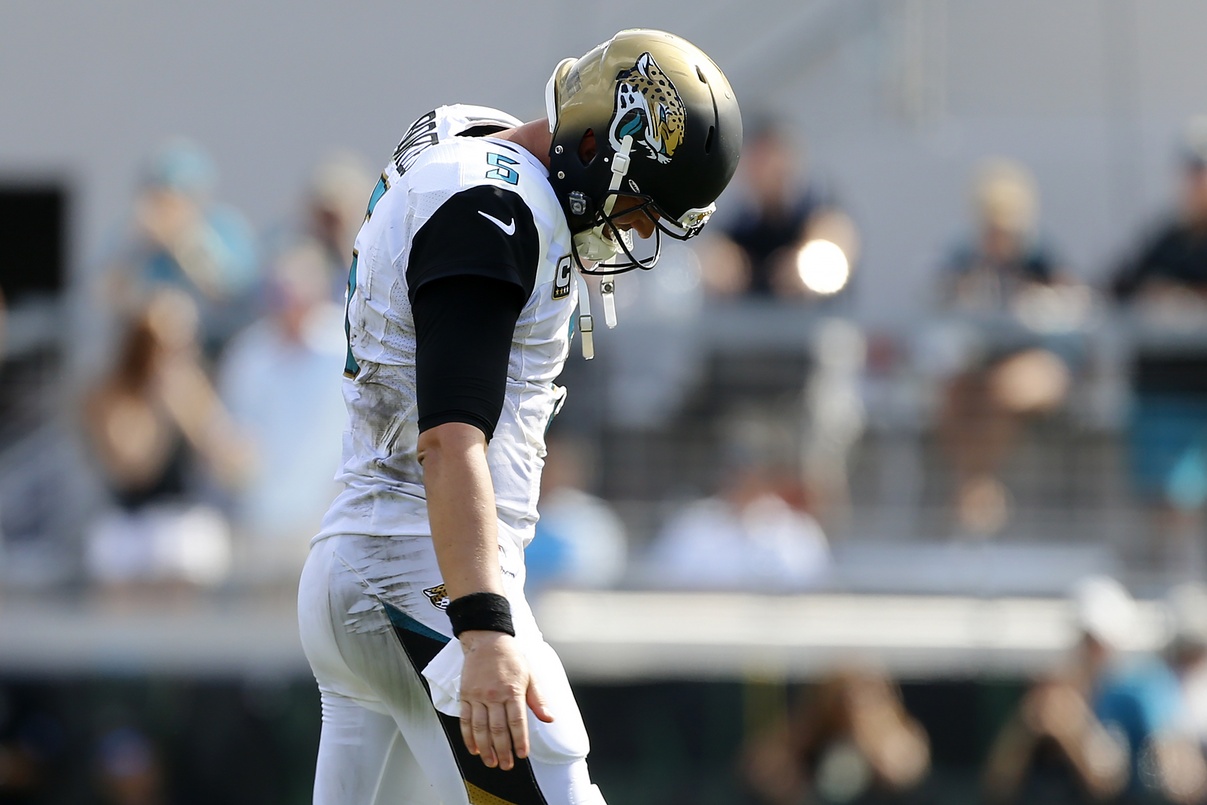 Young quarterbacks make mistakes. In his second season, Bortles made plenty, throwing a league high 18 interceptions. But he also threw for 4,428 yards and 35 touchdowns. Seeing that, there was reason to be optimistic in Jacksonville. Maybe Bortles would limit those mistakes and be one of the NFL’s best quarterbacks in 2016.

Then again, maybe not.

Entering 2016, Bortles seemed like a guy on track to be one of the NFL’s better quarterbacks for a decade. Exiting 2016, he looks like a bust. He’s still young (only 24) so a lot can change. But Bortles is headed sharply in the wrong direction.

Sure, some of that can be chalked up to a bad offensive line. But Gurley wasn’t exactly running behind All-Pros in 2015.

In 2016, he’s simply lacked the burst needed to be one of the game’s best backs.

Gurley has also scored only five touchdowns in 2016, exactly half of what he scored as a rookie.

It’s all been a part of what — aside from some hilarious Jeff Fisher drama — has been a completely forgettable season for Los Angeles. Certainly not what the Rams had in mind when they moved back to Los Angeles. 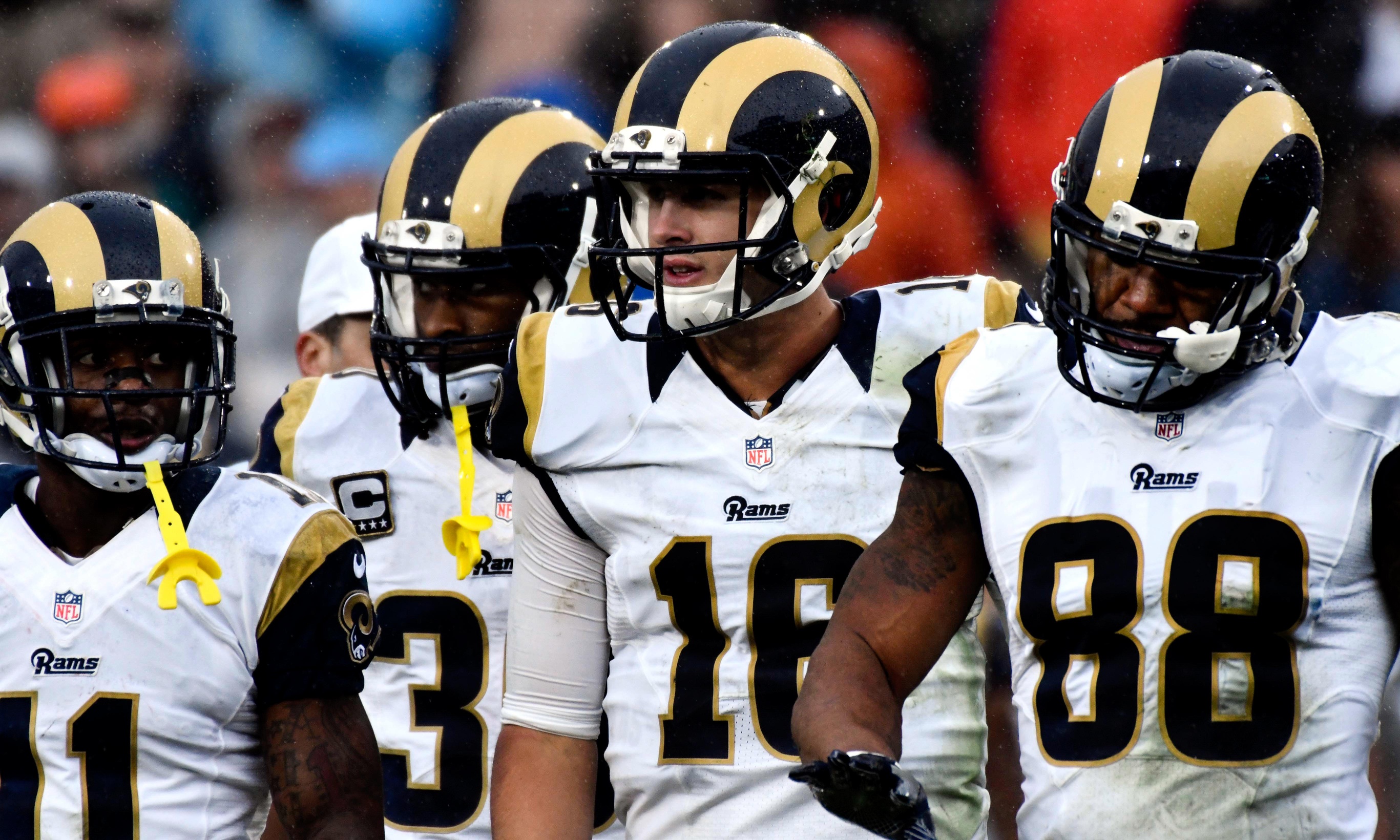 Something else that hasn’t worked out for Los Angeles has been the play of No. 1 overall pick, Jared Goff.

Goff has only started in five games but has yet to give the Rams or their fans any great indicators that he’s the quarterback of the future.

The Cal rookie has completed less than 55 percent of his passes with four touchdowns and five interceptions. In his five games under center, Goff has thrown for 879 yards, or 175.8 per game.

Now, rookie quarterbacks struggling is not a new thing in the NFL. With that in mind, Goff still has plenty of time to develop into a franchise quarterback for Los Angeles.

Unfortunately, that logic has a big problem.

Goff was the first pick of the draft, being selected ahead of fellow rookie quarterbacks Carson Wentz and Dak Prescott.

Wentz has certainly come down to earth, but he started the year very well. He does need to develop his game more. Still, over his first five games, Wentz gave the Philadelphia Eagles reason to believe that he’s the quarterback of the future.

There’s virtually no doubt with Prescott and the Dallas Cowboys. He’s stepped right into the starting position and led Dallas to a 12-2 record, completing 67.7 percent of his passes for 3,418 yards, 20 touchdowns, and four interceptions.

Goff hasn’t delivered that kind of confidence-inspiring play. It’s true that he doesn’t have the weapons that Wentz and certainly Prescott have. But Goff can’t be exonerated for his own poor performances. There’s unquestionably time for Goff to develop, but he’ll have to take a big step forward in year two.

The Raiders are a darn good football team. Oakland doesn’t have many glaring flaws, but the secondary has been problematic.

The Raiders are 27th in passing yards against, 29th in yards per attempt, and tied for 19th in touchdown passes surrendered.

Signed by Oakland to a four-year, $38 million deal in the offseason, Smith has been a big part of that. That manifested itself in a big way in the Raiders’ Week 15 win over the San Diego Chargers.

How about a 47-yard touchdown to kick off the game?#OAKvsSD #ChargeOn https://t.co/zQCT09Jro7

Smith’s inability to stay near his receivers on deep routes didn’t hurt the Raiders in Week 15.

But over the season’s final two weeks and certainly into the playoffs, this is going to be a concern.

Not every rookie receiver is going to be Randy Moss or Odell Beckham Jr. That’s a given. But a player taken in the first round should be expected to catch a couple of passes, right?

That has not happened in Minnesota.

Treadwell, the 23rd pick of the draft, has caught one pass.

Sure, some of that is the situation. The Giants and Saints both pass a lot more than the Vikings.

But Treadwell hasn’t done anything to justify a high draft pick, let alone a first rounder. 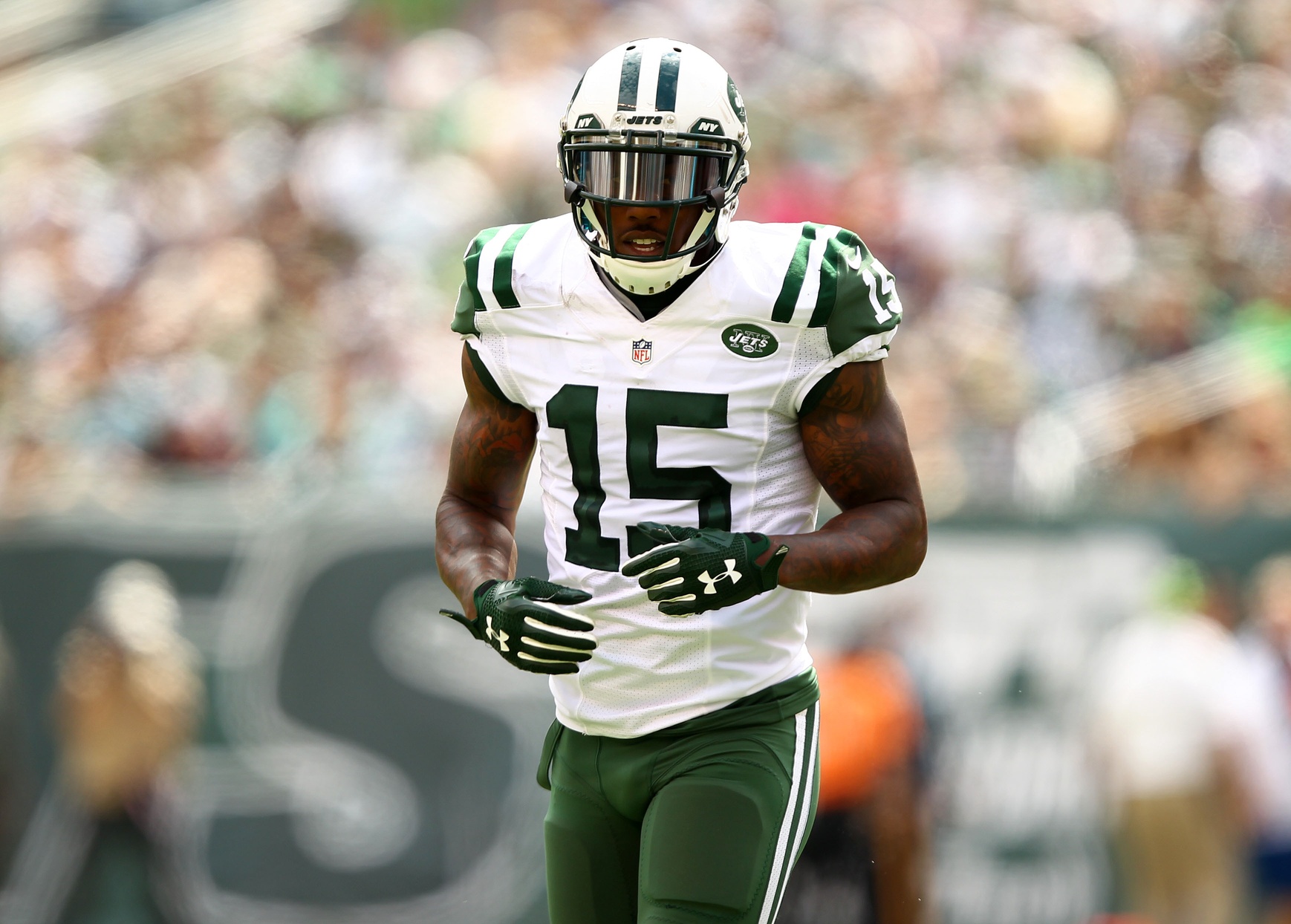 Whether it’s been Ryan Fitzpatrick, Geno Smith, or Bryce Petty, New York’s quarterbacks have under performed. Unfortunately, they haven’t gotten much help from Marshall, either.

In 2015, Marshall caught 109 passes for 1,502 yards and a league leading 14 touchdowns. With two games remaining in 2016, he’s caught 57 passes for 760 yards and three touchdowns. The only thing he leads the league in is dropped passes.

Whether because of drops or something else, Marshall has caught only 46 percent of the balls thrown his way in 2016. In 2015, he hauled in 63 percent of the passes targeted for him.

Marshall’s enjoyed a good, long career. Because of that, he deserves some benefit of the doubt heading into 2017. But while 2015 was Marshall’s best season, 2016 has been one of his worst.

The quarterback play certainly deserves blame for that. But a significant drop in production is not what anyone wants to see from a 32-year-old receiver.

In 2016, Bethel was moved to cornerback with the hope of becoming more a part of the defense.

That has not gone well for the Cardinals.

Justin Bethel is awful as a cornerback. Honestly just awful

Talk show hosts haven’t been the only people critical of Bethel’s cornerback play. Bethel’s own coach, Bruce Arians, called the experiment a “failure in progress,” which you can read about here.

It’s all contributed to a defense that — while statistically fine — is nowhere near as good as it was a season ago. That’s helped contribute to a disappointing season from the Cardinals, who will be watching the playoffs from home.

Honestly, Denver’s entire offensive line can make this list. But Okung is the left tackle. As such, should be the best player on it. He has not lived up to those expectations.

In his first year with the team, he’s committed eight accepted penalties — five holding and three false starts. That has put the offense behind the eight-ball, creating long yardage situations.

No team wants to be facing those situations. When the team in question is the Broncos, they’re even worse. Quite frankly, Denver doesn’t have an explosive enough offense to be throwing downfield when the opponent knows its coming. If Trevor Siemian or Paxton Lynch are facing third-and-long situations, Gary Kubiak might as well send his punt team on the field.

Penalties and negative plays create those situations. In addition to the penalties, the Broncos have surrendered 41 sacks. That’s the third highest total in the league, trailing only the Cleveland Browns and Buffalo Bills.

Denver entered the year as the Super Bowl champion and had won five straight AFC West crowns. The Broncos also started the season 4-0. Yet, with two weeks remaining in the 2016 season, it’s far more likely than not that Denver will miss the playoffs.

That reflects on a lot of people, but the offensive line gets the bulk of the blame. Okung is the biggest part of that.

The difference between Newton’s 2015 and 2016 seasons couldn’t be more stark.

The 2016 season has been a different story.

Newton has completed 53.8 percent of his passes for 3,074 yards, 17 touchdowns, nine interceptions, and an 80.8 rating. He’s added 317 rushing yards with five touchdowns.

Most significantly, while the Panthers went 15-1 and won the NFC Championship in 2015, they’ll be watching the playoffs at home for the first time since 2012 this winter.

In Super Bowl 50, The Broncos also gave the NFL something of a blueprint on how to beat Newton. As a result, teams have stacked the front of their lines to attack Newton, making the quarterback wonder if a heavy rush will be coming.

When you REALLY want to get pressure on Cam Newton. pic.twitter.com/PviVBW3Nlz

As the numbers show, he has not adjusted well.

Because of that, we’ve spent more time talking about Newton’s outfits and protection (or lack thereof) from the referees than anything Newton has done on the field.