The 2016 college football regular season is just about over. It’s not officially over just yet, but it’s pretty darn close. We’re basically a hop, skip and a jump away from bowl season — which truly is the most wonderful time of the year.

There are still games left to be played and conference championships left to win — not to mention the College Football Playoffs. But as it stands today, let’s take a look at the ten biggest disappointments in college football.

Charlie Strong and the Texas Longhorns

It was a do-or-die season for Charlie Strong and the Texas Longhorns, and the results weren’t pretty. Strong needed to have a huge season down in Austin in order to stay off the hot seat, and at least to start, Texas looked like it had a chance to save his job. The Longhorns beat No. 10 Notre Dame to start the season, a win that lost its significance as the Fighting Irish were exposed as pretenders in 2016.

Strong and his team could pick up only four more wins after that. The Longhorns finished the season 5-7 and the one-time hot coaching hire was promptly shown the door.

Texas’ 2016 season featured two three-game losing streaks, including one to finish the season. Texas lost to No. 16 WVU, Kansas (really?) and TCU in the final three weeks.

Tom Herman is now the head man at Texas which is reason to be optimistic if you’re a Longhorns fan. But keep in mind, there was a point in time when Strong entered Austin with the same type of hype that Herman has now.

Remember when Tennessee was expected to be a SEC title contender and perhaps even a CFP dark horse?

Remember when Butch Jones’ team was supposed to be perhaps the only true contender for Alabama’s SEC crown? Remember when the Vols were expected to finally live up to their hype and exceed expectations?

Tennessee finished the season 8-4 and second in the SEC East — once again, a disappointment. The Vols started the season off strong, shooting out to a 5-0 start with wins over No. 19 Florida and an amazing last-second win over No. 25 Georgia.

The win over UGA was the high-point of Tennessee’s season, though. The Volunteers went on to lose three-straight SEC games and they finished the season with a 45-34 loss to Vanderbilt.

The Vols will play in a bowl game, but Jones’ long-term future in Knoxville is in jeopardy.

Notre Dame has already been mentioned once in this article, which isn’t good news for the Fighting Irish. They started the season on a weak note with the loss to Texas, and Brian Kelly could never really get his squad going.

Notre Dame finished the 2016 season with a 4-8 record — ineligible for a bowl game.

To make matters worse, the team has come under NCAA sanctions that forced Notre Dame to vacate 21 victories from 2012-2014 due to academic misconduct and Kelly is reportedly looking around for another coaching opportunity.

The once proud football program is a mess. The 2016 season was not kind to Notre Dame. 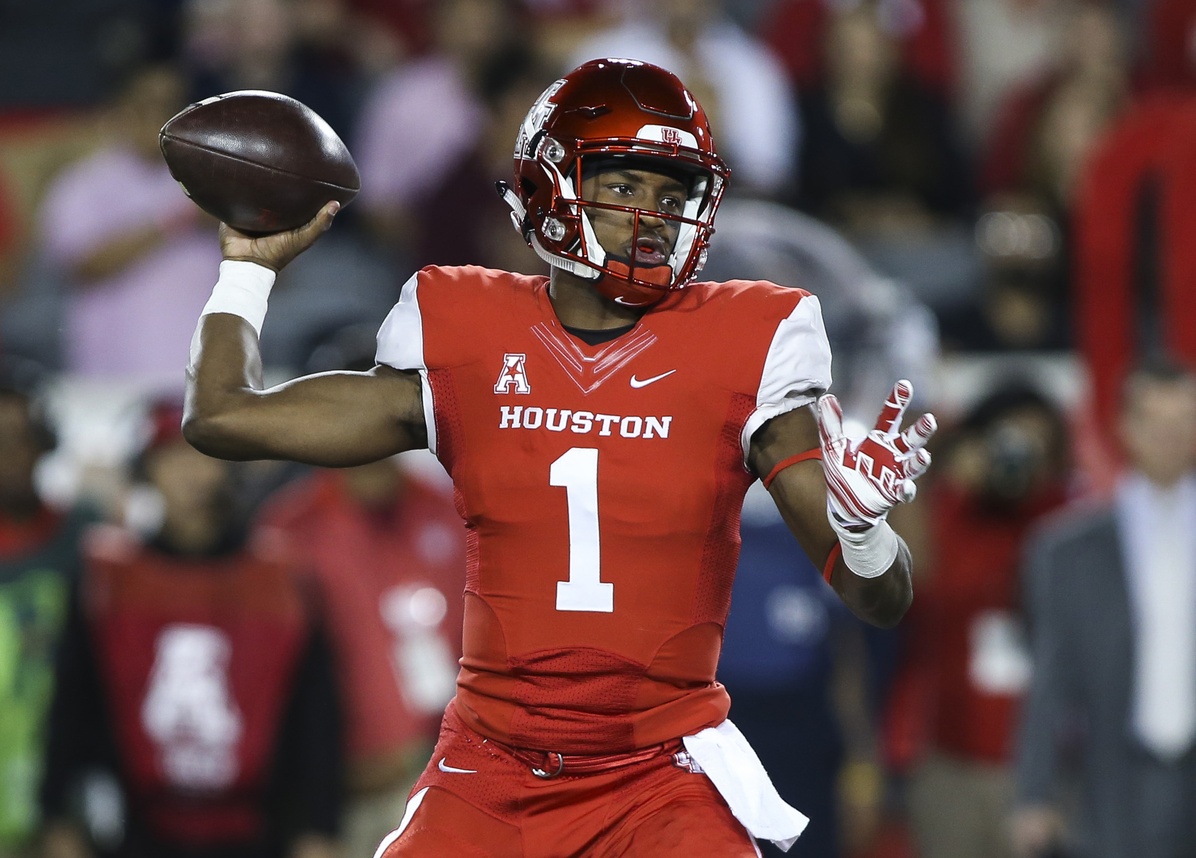 Before the 2016 season, Houston was considered one of the main contenders for the CFP. Sure, the Cougars are technically a Group of Five program from the AAC. But Tom Herman had the program trending up in only his second year at the helm, and the team was dangerous.

That was arguably the high-point for Houston, though. The Cougars finished 9-3, which is a very respectable record, but it pales in comparison to the expectations.

Not only did Houston finish the season with a 48-44 loss to Tulsa, but the Cougars couldn’t make the AAC title game. Once a potential lock for at least a New Years Six bowl game, Houston now enters bowl season as a potential underdog and is without its stellar head coach.

As mentioned before, Herman is now the head man for the Longhorns.

In a season that started with so much promise, Houston has fallen off the rails.

Fournette was expected to be one of the top players in college football this season, and many felt he was an automatic Heisman Trophy candidate.

Unfortunately, injuries played a big part in slowing him down, and he massively underproduced as a result. Fournette played in only seven of LSU’s 12 games, notching 129 carries for 843 yards and eight touchdowns.

That stat line is nothing to scoff at, but considering the expectations, it was certainly a disappointing season for the one-time Heisman favorite.

Even more disappointing for LSU fans is the fact that Fournette could decide to leave for the NFL, though that decision seems to be up in the air for now.

Sticking with the LSU theme, perhaps no coach in college football disappointed more than the “Mad Hatter”.

Sure, he’s unconventional and yes, he evaded being fired last season. But the fact that Miles — once thought of as one of the best coaches in college football — was fired just four games into the season was a huge disappointment.

Of course, LSU went on to have a pretty successful season under now full-time head coach Ed Orgeron, which perhaps makes Miles’ performance this season even more disappointing.

Has he lost his touch? Should he still be considered among the elite tier of coaches in the game of football?

Those are all questions Miles will need to answer at his next stop, wherever that may be. 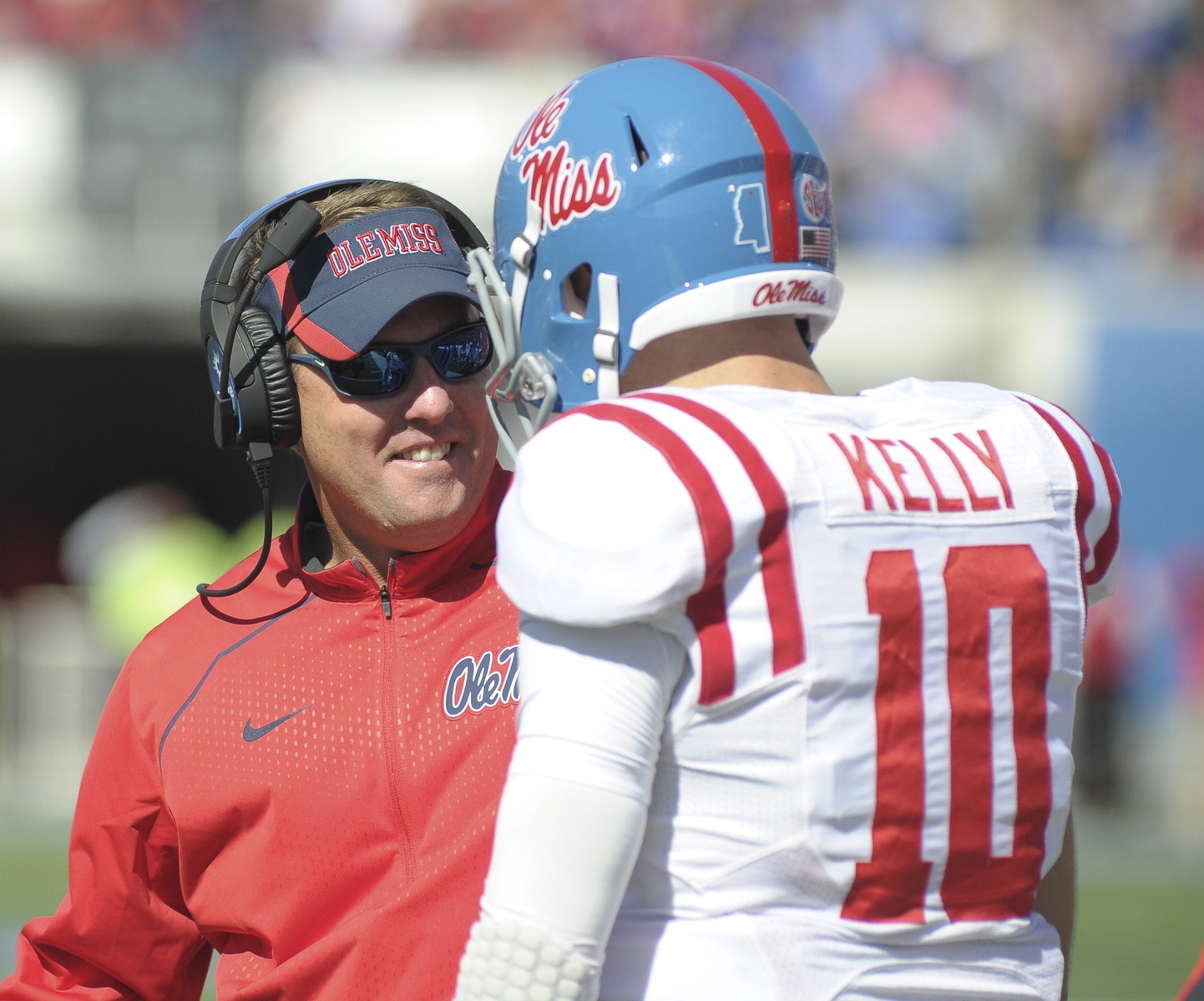 With the way Hugh Freeze has been recruiting over the past few cycles, Ole Miss was rightfully expected to be one of the top teams in the SEC this season. Perhaps the Rebels weren’t truly expected to contend with Alabama, but had it happened would anybody have questioned it? Absolutely not.

It would be an understatement to suggest that 2016 was a disappointment for the Rebels.

Ole Miss was kept out of bowl contention with a 5-7 record. Not only that, but the Rebs finished absolutely dead last in the SEC West with a 2-6 conference record.

To put Ole Miss’ terrible season in perspective, consider this: Vanderbilt, South Carolina and Kentucky all had better SEC records than the Rebels. Missouri, which went 4-8 overall, tied Ole Miss for the dishonor of having the SEC’s worst in-conference record.

Alabama senior safety Eddie Jackson was lost for the season in a late October win over Texas A&M. The No. 1 ranked Crimson Tide beat the No. 6 Aggies, 33-14, in a game that truly showed the college football world just how good Nick Saban’s team really is.

It was a huge statement win for Alabama, but it was marred by the fact that Jackson broke his leg, thus ending his 2016 season as well as his Alabama career.

Jackson was one of the best safeties in college football, so his loss was a big one. Of course, Alabama hasn’t lost a step without him, but for a player with such high upside, especially relative to his NFL Draft status, the injury was a huge blow.

If Alabama does go on to win another championship, it will be doing so in honor of Jackson.

Oregon has been one of the top programs in college football for about the past decade. The Ducks haven’t been able to win it all in recent memory, but they have gotten close twice. They played in the BCS National Championship in 2010 and in the College Football Playoff Championship in 2014.

So yeah, Oregon has been pretty darn good. Combine that with a great recruiting presence and basically unlimited Nike money, and that makes this season a huge disappointment for the folks in Eugene.

Oregon finished the season with a 4-8 record. The Ducks missed a bowl game for the first time since 2004 and for just the second time since the mid-1990s. The Ducks’ terrible season featured a four-game losing streak in the middle of the campaign as well as a loss to Oregon State to end the season in the Civil War.

Oregon State’s win over Oregon snapped an eight-game Duck winning streak. Is Mark Helfrich on the hot seat? He should be. 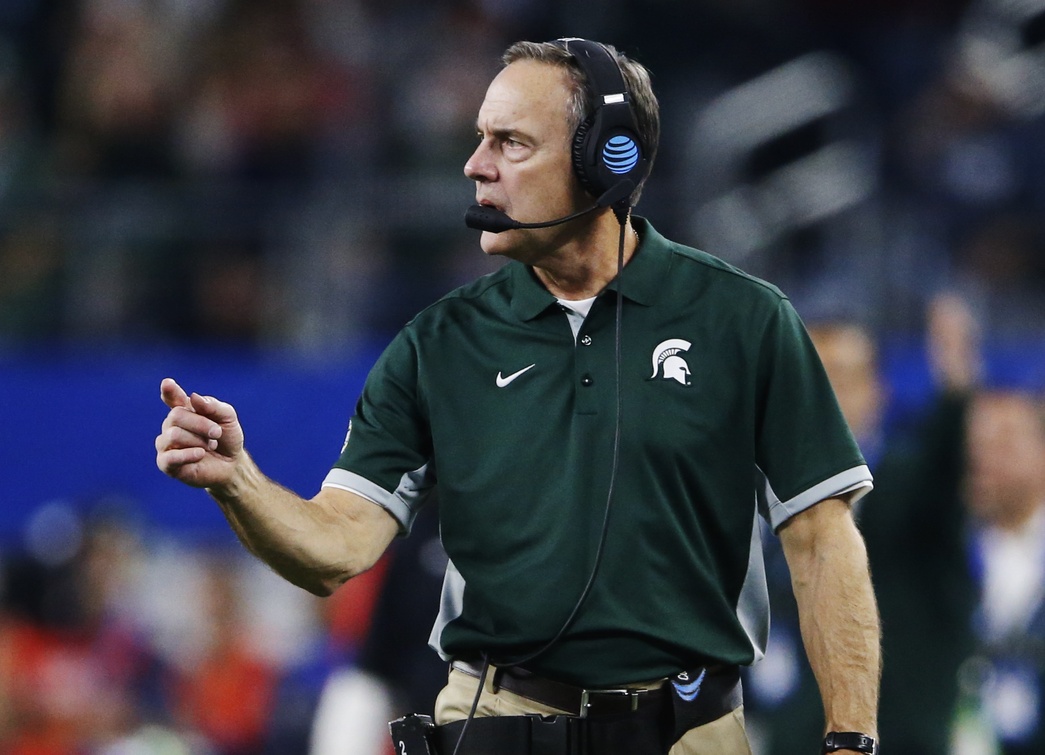 Michigan has gotten most of the headlines coming out of the mitten in 2016, which has actually made it easy to forget about the disappointment that was MSU’s 2016 season.

The Spartans had won the Big Ten in three of the past six seasons, winning it outright in 2015 and 2013 while winning a share of it in 2010. Head coach Mark Dantonio has been almost silently building a national contender in Lansing, but that all came crashing down in 2016.

It may have all started with the devastating 38-0 loss to Alabama in the Cotton Bowl. Sure, the Spartans made the CFP and yes, Alabama went on to win it all, but it was still an embarrassing loss on national television. That bled over into the 2016 season.

Losing Connor Cook to the NFL was expected to hurt the Spartans, but was Cook really so important that MSU went from a 12-2 team in 2015 to a 3-9 unit this season?

The Spartans beat Furman, Notre Dame and Rutgers — big deal, right? They lost nine of their last ten games but at least were competitive in the final weeks against top competition. Still their 2016 campaign was among the most disappointing developments in college football this year.