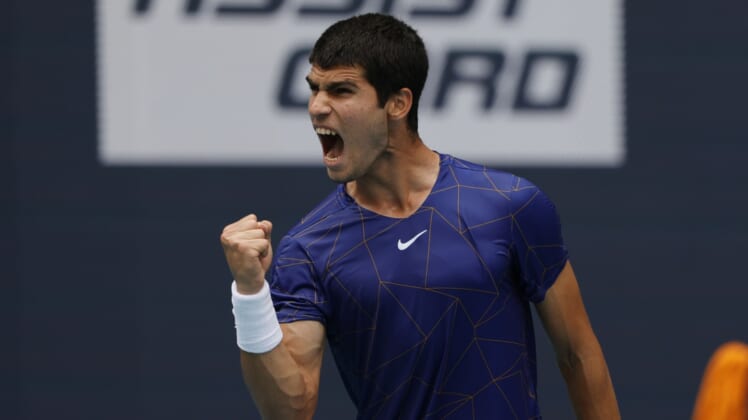 A magical season for teenager Carlos Alcaraz continued Saturday as he defeated World No. 1 Novak Djokovic 6-7 (5), 7-5, 7-6 (5) in the semifinals of the Mutua Madrid Open.

The 19-year-old Spaniard toppled another legend, Rafael Nadal, on Friday in the quarterfinals to advance to the semifinals of the Masters 1000 event against the top-seeded Djokovic.

He will meet the winner of the match between Alexander Zverev of Germany, the second seed, and fourth-seeded Stefanos Tsitsipas of Greece in Sunday’s final.

Alcaraz, with the wins over Nadal and Djokovic, now has six straight victories over opponents ranked in the Top 10. He won his first Masters 1000 title in Miami and has three wins this season.

Saturday’s match was his first meeting against Djokovic. He had 51 winners compared to 24 for Djokovic.

Alcaraz rose to 27-3 on the season and became the first player ever to defeat both Nadal and Djokovic at the same event on clay courts.