A bit of a slow news day as we head in to Week 2 of the NFL preseason, and apparently we can’t get enough of rookie quarterback news. Johnny Manziel is 15 seconds late to five-minute meeting and gets crucified. Blake Bortles can’t seem to do enough to be named the starter in Jacksonville. Now, Teddy Bridgewater is being told to stop thinking so much.

He’s got so much going on in his mind right now that I just want him to play. That’s what I told him [Wednesday], and that’s what I’m going to tell him before the ballgame. Just go play. You’ve been doing this since you were five years old. Go play and have some fun. Throw the ball in there. If you make a mistake, we’ll fix it and go on. 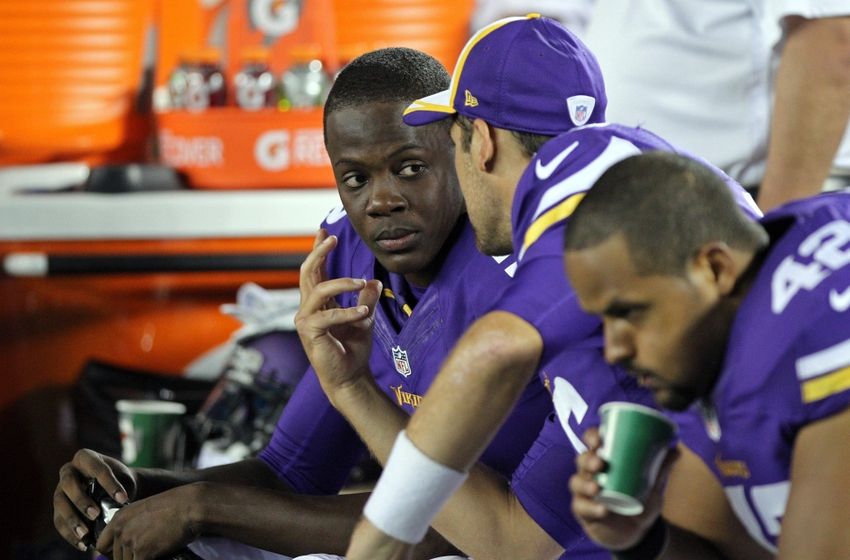 Bridgewater is soaking it all in. Perhaps taking in too much. Photo: thevikingage.com

For Vikings fans, it’s hard to read in to this too much. Is it good or bad to have a quarterback thinking too much? Given that the franchise has lacked at the quarterback position, perhaps it’s refreshing that the coaching staff clearly believes the skills are there for Bridgewater, but the (typical) mental abilities need to improve.

Whether it’s Manziel, Bortles or Bridgewater, expect a lot of news on this year’s rookie quarterback class. Each guy appears to be getting his fair shot at starting at some point in the first half the season. That always makes for good football!