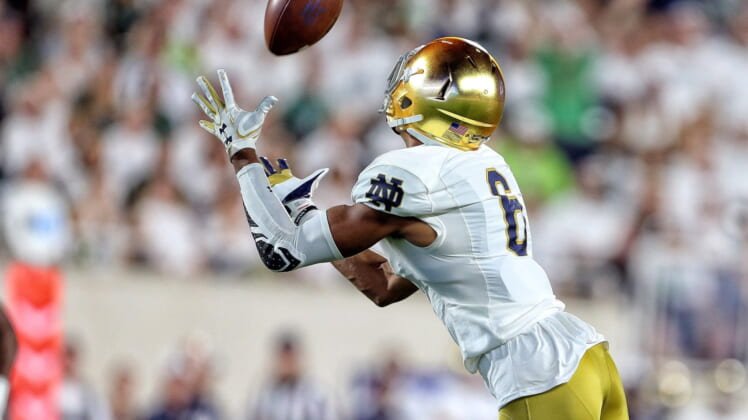 We’ve seen some dumb questions thrown in the direction of NFL Draft prospects by teams in recent years. But this might actually take the cake.

In talking about the pre-draft interview process, former Notre Dame receiver Equanimeous St. Brown noted that the overriding question he’s received from teams is about his passion to play football simply because he attended school in South Bend.

Asked Equanimeous St. Brown about what NFL teams want to know most about him. His answer was, well, yikes.

It’s definitely a problem when a college actually cares about the scholastic honors of its student-athletes. One has to wonder if teams are asking those who played at Florida State, Baylor or Alabama about those schools and a seemingly secondary focus on actual education.

St. Brown knows multiple languages. I mean, being able to speak French and German surely impacts whether the receiver is committed to playing football. Come on, guys.

But in reality, it’s not necessarily a surprise that this question was thrown in St. Brown’s direction. The pre-draft interview process has proven to be a sham in recent seasons. This is just the latest example of that.

For the record, Notre Dame has won 11 consecutive National Titles for graduating its student-athletes. Yeah, that’s a problem.