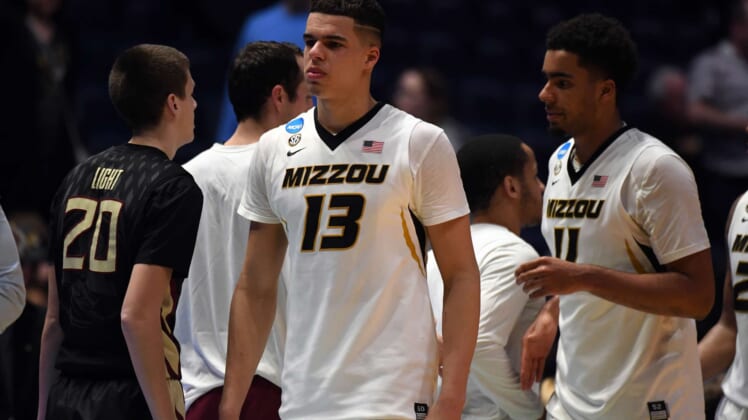 Once considered a lock to go No. 1 overall in the 2018 NBA Draft, talented forward Michael Porter Jr. might have to wait a while to hear his name called Thursday night in Brooklyn.

Porter played just a handful of games in his only season with Missouri after undergoing back surgery. A separate injury also forced Porter to cancel a workout in the lead up to the draft. This has some thinking he’ll fall to the bottom half of the top 10.

Now, according to this report from Jeff Zillgitt of USA Today Sports, teams looking to select Porter might decide to sit him for the entire 2018-19 season.

Teams have been impressed with Porter in interviews. He was delightful with reporters on Wednesday.

But team that drafts him will be super cautious putting him on the court in live action. Sitting him for a majority, or all, of 2018-19 season is a real possibility. https://t.co/qKCSLE3cQC

That’s a bit troublesome for Porter’s draft stock, especially in what appears to be an absolutely loaded class.

Obviously, the Philadelphia 76ers at No. 10 overall come to mind as a potential landing spot. Philadelphia has in the past taken on injury-plagued players and has an ability to stash Porter for a season. Outside of that, any team selecting in the top 10 would pretty much be taking a major risk by adding Porter. That includes the Cleveland Cavaliers, who are seemingly honing in on the talented prospect.