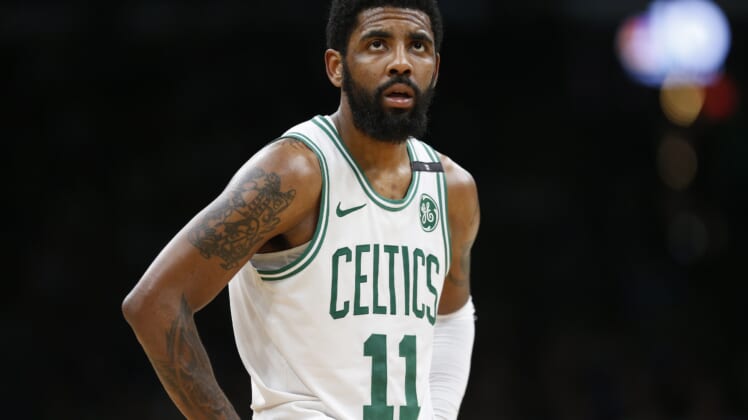 Kyrie Irving is set to become one of the marquee free agents this summer. Teams are going to bend over backward to sign the NBA champion.

Or so we thought.

According to this report from Steve Bulpett of the Boston Herald, teams are growing increasingly wary over the possibility of signing Mr. Irving.

“Based on the way things played out with the Celtics this season and Irving’s role both off the court all year and on it in the playoff loss to Milwaukee, certain clubs are concerned about putting too many eggs in his basket right away,” the Celtics’ insider noted.

Boston’s drama-filled 2018-19 season started with Irving proclaiming that he’d re-sign with the team. As the months passed, it became clear that he had his eyes elsewhere.

Bulpett’s report is interesting in that it notes two unnamed teams who would only sign Irving if another star player decided to join him.

Irving struggled big time in Boston’s five-game series loss to the Milwaukee Bucks in the Eastern Conference Semifinals. He shot just 36% from the field and committed 18 turnovers.

It will be interesting to see how this unfolds when free agency comes calling in July.