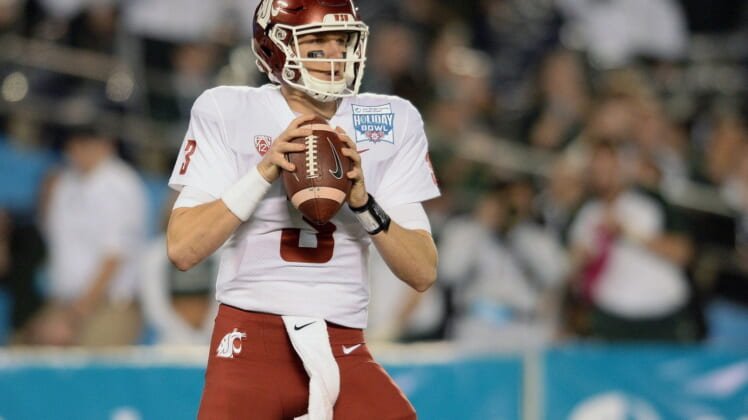 When Washington State tackle Cole Madison takes the field for the Senior Bowl, he will be honoring late teammate and friend Tyler Hilinski with a sticker on his helmet.

It’s a nice gesture on Madison’s part. Hopefully the extras he’s bringing go to good use in Mobile, as well.

Hilinski was found dead on Tuesday at the age of 21. On Thursday, his death was officially ruled a suicide.

His unfortunate death has been a big talking point of the college football world with former Washington State quarterbacks Drew Bledsoe and Ryan Leaf among the many to comment.