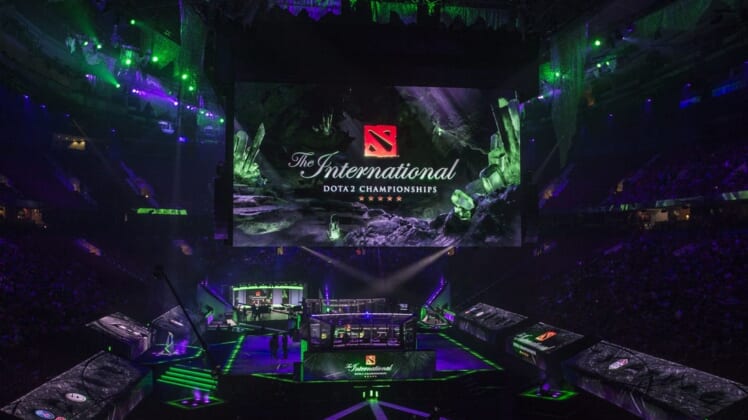 After being dispatched to the lower bracket one day earlier by PSG.LGD, Team Spirit won twice on Sunday, including avenging PSG to win the grand final of the PGL Arlington Major in Arlington, Texas.

After first defeating Team Aster 2-1 in the lower-bracket final, Spirit rallied from an early deficit to beat PSG 3-1 to claim the event’s $200,000 purse.

Seventeen teams from around the world began the major competing for shares of a $500,000 prize pool. In the Group Stage, they were drawn into groups of nine and eight for single round robins, with all matches best-of-two.

The fifth- and sixth-place teams from each group advanced to the lower bracket. The double-elimination bracket of best-of-three matches led up to the best-of-five grand final on Sunday.

In the final, PSG took the opening map in 37 minutes on green, before Spirit turned the tide by winning the next three maps — all on green — in a whopping 75 minutes, then 27 and 44 minutes respectively to win the title.

Russia’s Alexander “TORONTOTOKYO” Khertek led the way for Spirit with a kills/deaths/assists ratio of 8.8/2.0/11.3.

In their earlier match Sunday, Spirit went the distance against Aster. Spirit took a 1-0 lead by earning a 45-minute map win on red. Aster evened the battle with a 40-minute victory on green. But Spirit moved on by virtue of a win on red in 38 minutes.

TORONTOTOKYO again starred for Spirit with a 6.7/4.0/11.7 kills/deaths/assists ratio in the victory.