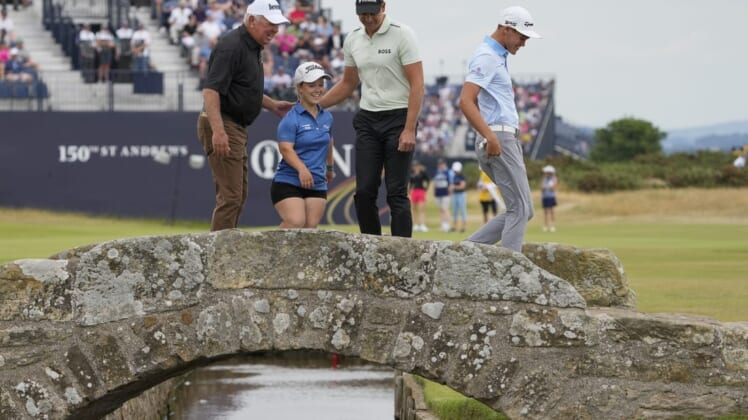 Stenson was relieved of his captaincy by Team Europe on the heels of his decision to jump to the high-paying, Saudi-funded LIV, the rising rival of the PGA Tour and DP World Tour. An official announcement on his alignment with the upstart tour is expected Wednesday.

“In light of decisions made by Henrik in relation to his personal circumstances, it has become clear that he will not be able to fulfill certain contractual obligations to Ryder Cup Europe that he had committed to prior to his announcement as Captain on Tuesday, March 15, 2022, and it is therefore not possible for him to continue in the role of Captain,” the DP World Tour said in a press release Wednesday.

The 46-year-old Stenson was named captain in March. He was thought to be out the door to the LIV earlier this year, but he paused that decision based on backlash Phil Mickelson absorbed for his controversial remarks about the league and its Saudi Arabian funding. He’s currently ranked 171st in the World Golf Rankings.

But like many other professionals, Stenson’s contract with the LIV is expected to be massive and guaranteed.

The cost for leaving the PGA Tour and DP World Tour has been membership status. Garcia said at the Open Championship he planned to exit the DP Tour.

United States Ryder Cup captain Zach Johnson said he understood why his peers would be intrigued by the LIV. He also said the disconnect from the Ryder Cup for those leaving for that payday should be expected.

Stenson missed the cut at the 2022 Open Championship, running his string of leaving tournaments before the third round to four in a row. He last made the cut to play in the third round in April at the RBC Heritage.

Stenson has an exemption to play in golf’s majors under the USGA rules as a past Open champion (2016).

According to its press release, Team Europe plans to announce a new captain “in due course” and will have no further comment or reaction to Stenson’s status.

Garcia and Poulter have been outspoken proponents of allowing international players to maintain Ryder Cup status. Westwood said last month he would like more clarity on Team Europe’s position.