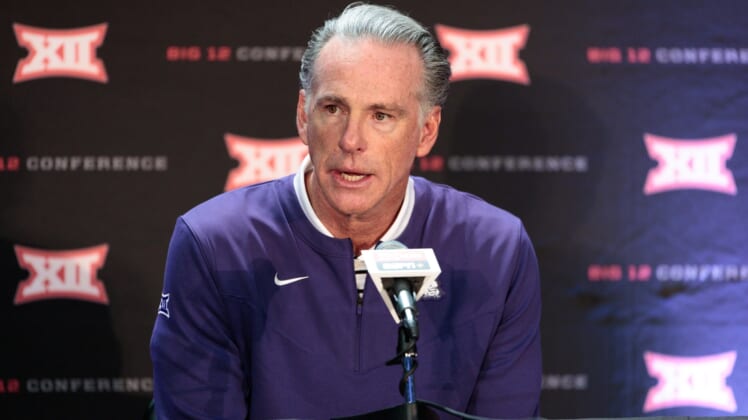 Chuck O’Bannon scored a career-best 19 points as TCU continued its impressive start with a 90-55 rout of visiting Grambling on Tuesday night in Fort Worth, Texas.

After beating Utah, Texas A&M and Georgetown in a 10-day span, the Horned Frogs (10-1) easily won their seventh straight and survived the absence of leading scorer Mike Miles Jr.

Miles, who averages 16.9 points per game, did not play due to an illness that was not COVID-19 related.

O’Bannon helped compensate for Miles’ absence by scoring 13 points in the first half. He made 5 of 12 shots and hit a career-best four 3-pointers while adding eight rebounds and three assists.

Emanuel Miller scored 12 of his season-high 18 points by halftime, when TCU began pulling away. Miller also added 10 boards to help TCU to a massive 52-21 rebounding edge.

Damion Baugh tied a career high with 13 points and handed out a career-best 11 assists as TCU shot 47.6 percent (30 of 63), hit 11 3-pointers and collected 21 assists. JaKobe Coles contributed 12 points as the Horned Frogs beat Grambling for the 13th time in as many meetings.

Grambling (3-9) lost its fourth straight and dropped to 0-5 against teams currently ranked in the top 100 at KenPom.com. Before Tuesday, the Tigers had lost to Texas Tech, Iowa State, UConn and UAB by an average of 27 points.

Tra’Michael Moton scored 16 points as the Tigers shot 42.1 percent and missed 18 layups. Leading scorer Cameron Christon finished with nine points as he returned after missing two games after taking an elbow to the face against UConn on Dec. 4.

Grambling’s scoring drought ended when Moton hit a layup with 4:36 remaining, and TCU held a 47-28 lead by halftime on a jumper by Baugh at the buzzer.