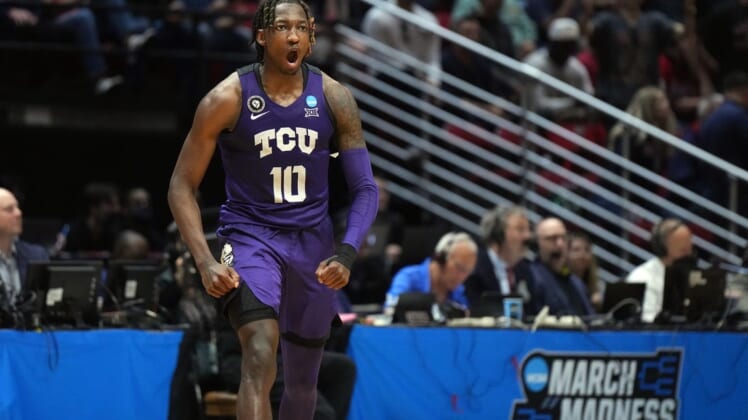 TCU guard Damion Baugh said Sunday on social media that he will return to the school after previously indicating he planned to remain in the NBA Draft.

Baugh was TCU’s second-leading scorer last season at 10.6 points per game. But he shot just 27 percent from 3-point range.

The 6-foor-4 Baugh told his teammates and coaching staff earlier this month that he would not be back. But he apparently switched course with Wednesday’s deadline nearing for players to withdraw from the draft and keep their college eligibility.

Baugh also averaged 4.4 rebounds and 4.5 assists in 31 games (30 starts) last season. He racked up a team-best 41 steals for a team that nearly upset No. 1 seed Arizona in the second round of the NCAA Tournament before falling in overtime.