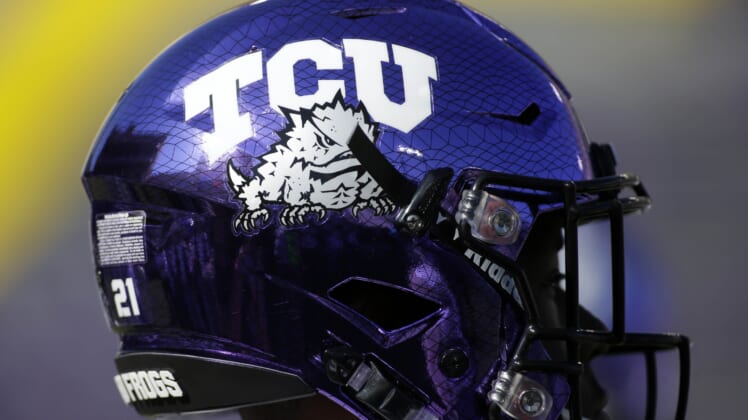 Oklahoma quarterback Jalen Hurts ripped off a huge run into TCU territory, and then Nook Bradford stole the ball right out of his hands.

Just one series after TCU got to within one score of Oklahoma thanks to a 97-yard pick-six, Bradford came up huge for the Horned Frogs with this turnover.

A game that looked to be the Sooners’ for the taking is now very much up in the air, with Oklahoma leading 28-24 and half the fourth quarter still left to play.