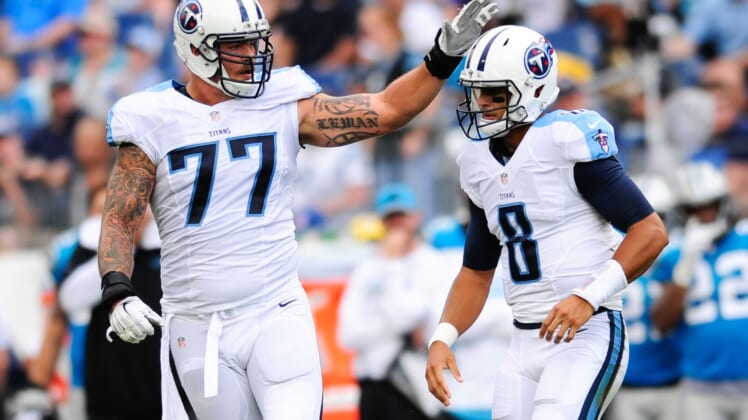 Tennessee Titans left tackle Taylor Lewan set the record straight about a cut he suffered on his finger during the Nashville Predators game Monday night.

He did not, as it had been rumored, cut it on a catfish.

.@TaylorLewan77 dispelled the rumor he cut his finger on a catfish @PredsNHL game. Said it's not true. He cut it on a beer can. @Titans pic.twitter.com/31NsGinpQG

Apparently, it was a beer can and not this catfish that cut Lewan’s finger while the Titans’ offensive line watched the Nashville Predators in action.

Although, that poor catfish looks like it got the raw end of the deal here.

Lewan keeps his fans entertained on a daily basis through his Twitter account. His antics during the game that sent the Preds to the Stanley Cup Finals only highlight what a animated guy he really is.