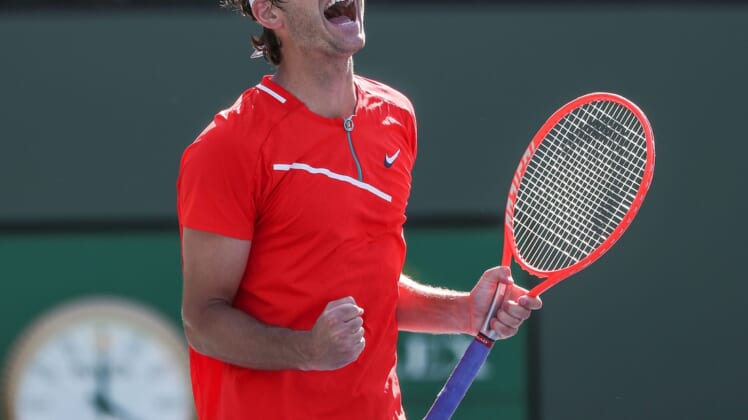 Local favorite Taylor Fritz is headed back to the semifinals of the BNP Paribas Open in Indian Wells, Calif., for the second year in a row.

“I’m so happy. I knew I was going to be dealing with a lot of nerves today, obviously,” Fritz said. “This was a huge match.”

Fritz is looking for a second career tournament title, with his lone championship having come in 2019 at Eastbourne, England. He served effectively Friday for most of the match, losing his serve just once, when he had three double faults in a game late in the second set.

“I literally don’t really even know what happened,” Fritz said. “I hope nobody saw that.”

Kecmanovic served out the set in the next game but couldn’t maintain the momentum, as Fritz won the first five games of the third set.

Fritz said, “I kind of forgot how to play tennis there in the second set. I’m really proud of the fact that I did that and then kind of just mentally pulled myself together and regrouped.”

Rublev also controlled his match with his serve, winning 81 percent of his first-serve points and getting broken just once.

The victory was the 13th in a row for Rublev, who is coming off championship runs in Marseille, France, and Dubai, United Arab Emirates.

“I had to be aggressive because I knew it would come down to who would be the first one to start to dictate play.”