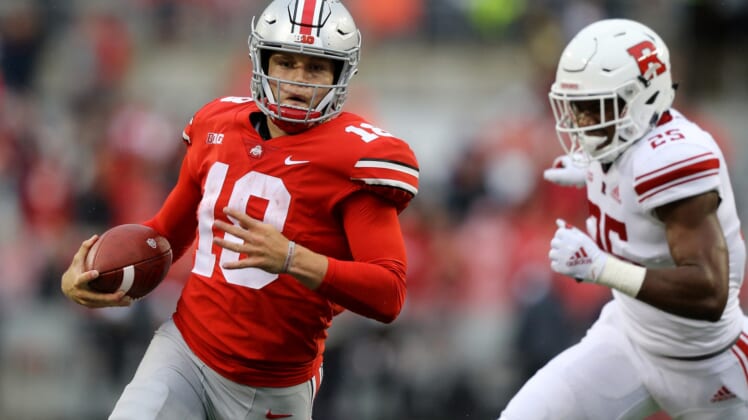 Rumors continue to swirl about Georgia Bulldogs quarterback Justin Fields and the potential he may transfer to the Ohio State Buckeyes. Ohio State’s young freshman quarterback Tate Martell seems very aware of it.

Martell, one of the top quarterback prospects in the 2017 recruiting class, took to Twitter to send very pointed messages masked as a “word of advice.” While it’s not clear specifically who the advice is targeted at, Martell saying to not swing and miss, especially on their second time, seems like a clear shot at Fields.

Also, when someone on Twitter asked if the message was aimed at Fields, Martell “liked” the tweet.

Is this a message to Fields?

Fields, the No. 2 overall recruit in 2018 by 247Sports, is exploring a transfer and speculation centers around a move to Ohio State.

If Dwayne Haskins declares for the 2019 NFL Draft and Fields transfers to Ohio State, Martell could be safe for a year before he has to compete with Fields for the starting job at one of the premier programs in the country.