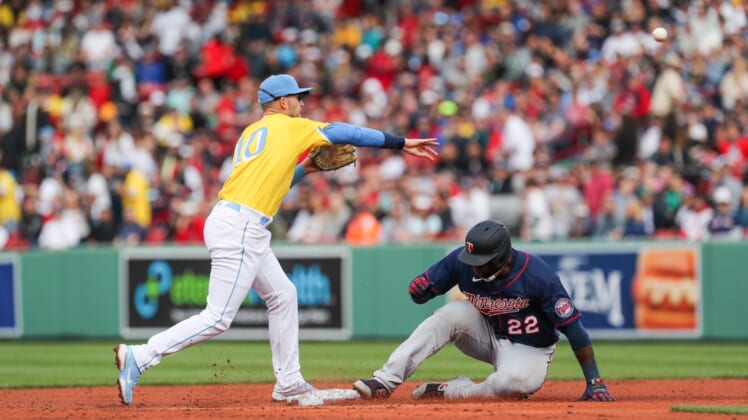 Six different players recorded hits for the Red Sox, who have won three of their last four games and pitched their first shutout of the season.

Matt Strahm allowed one hit and struck out a batter in one relief inning. Garret Whitlock was dominant over the final 2 1/3 innings, striking out five while allowing just two hits and a walk.

After J.D. Martinez drew a leadoff walk to become Boston’s first baserunner in the second, Verdugo marked the scoreboard first with a two-run homer — his second long ball in as many games — to deep center.

Two batters later, Twins starter Sonny Gray left the game with right hamstring tightness. He appeared to slip after throwing a pitch and was then visited by a trainer and Twins manager Rocco Baldelli.

Gray, who was later labeled as day-to-day, threw just 31 pitches in 1 2/3 frames and was replaced by Josh Winder.

Bogaerts doubled the Boston lead with a two-run shot over the Green Monster in the third inning. Kike Hernandez came home after hitting a one-out double, his fifth of the season.

After Bogaerts homered to break an 0-for-7 skid, the Sox were held to just one hit over the next three innings. Winder saved the Minnesota bullpen following Gray’s abrupt exit, allowing just four hits in 5 1/3 frames; the Bogaerts homer accounted for the only runs he gave up.