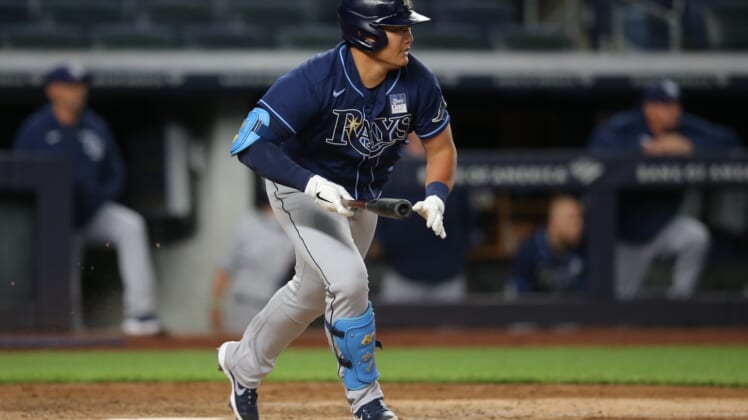 Choi has not played since June 2 because of a left groin strain, with Tampa Bay fashioning an impressive 7-2 record without him. The Rays enter a three-game road series against the Chicago White Sox on Monday on a three-game winning streak.

Choi, 30, was batting .304 this season with two home runs and 11 RBIs and 11 walks in 15 games. He also missed the first six weeks of the season after undergoing arthroscopic surgery on his right knee.

Brosseau, 27, was batting just .184 with four home runs and 16 RBIs in 47 games while providing defensive versatility by playing in both the infield and outfield. Over three seasons and 133 games with the Rays, Brosseau has hit .248 with 15 home runs and 44 RBIs.