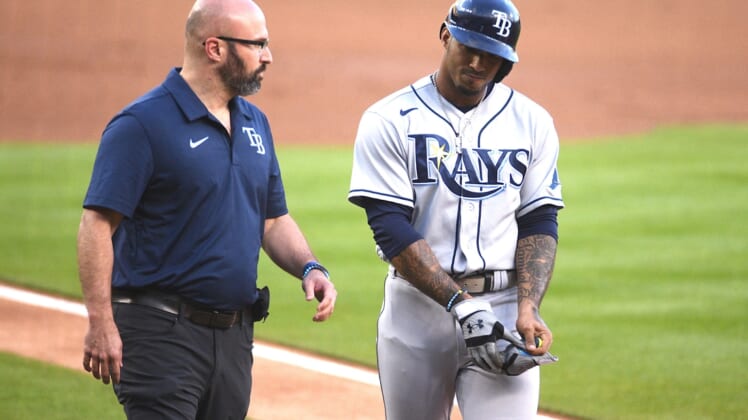 The 20-year-old Franco went on the list due to a hamstring injury he sustained on Sept. 10 while running the bases against the Detroit Tigers.

Shortstop Taylor Walls was optioned to Triple-A Durham in a corresponding move.

Franco has reached base in 39 consecutive games, the second-longest in major league by a player under 21 years of age. Hall of Famer Frank Robinson holds the mark of 43.

The rookie switch-hitter is batting .285 in 62 games and has seven home runs and 36 RBIs since making his debut on June 22.

The Rays have clinched an American League playoff spot and are close to wrapping up the AL East. They lead the Boston Red Sox by six games with nine contests remaining.