Tampa Bay Lightning’s Maroon to have hearing; three others fined 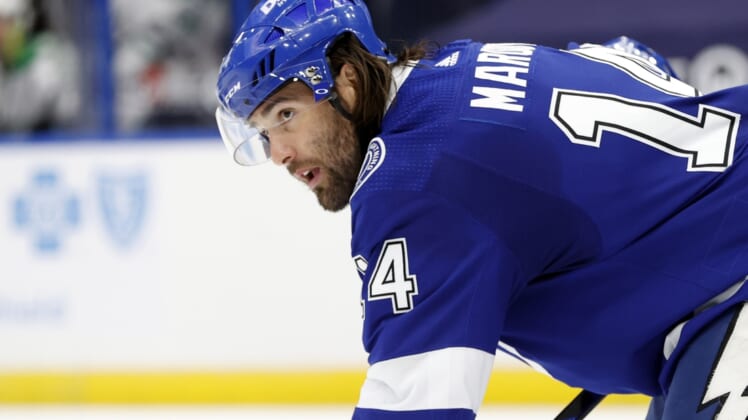 The league also announced that Montour has been fined $5,000 for spearing Maroon. The fine is the maximum allowable under the collective bargaining agreement.

Maroon and Montour were separated with 6:02 remaining in the third period of the Panthers’ 5-1 win on Saturday in Sunrise, Fla. Maroon later taunted the Florida bench while being escorted off the ice.

Both players were whistled for a two-minute minor penalty and a 10-minute misconduct for their actions.

Weegar received a two-minute penalty for roughing Joseph with 1:18 remaining in the third period.

The Panthers and Lightning won’t have long to renew acquaintances. The Sunshine State rivals reconvene in Sunrise on Monday for the regular-season finale before squaring off for a first-round playoff series.

Edmundson was not whistled for a penalty for tripping Tavares with 21 seconds left in the Canadiens’ 3-2 loss to the Maple Leafs on Saturday.