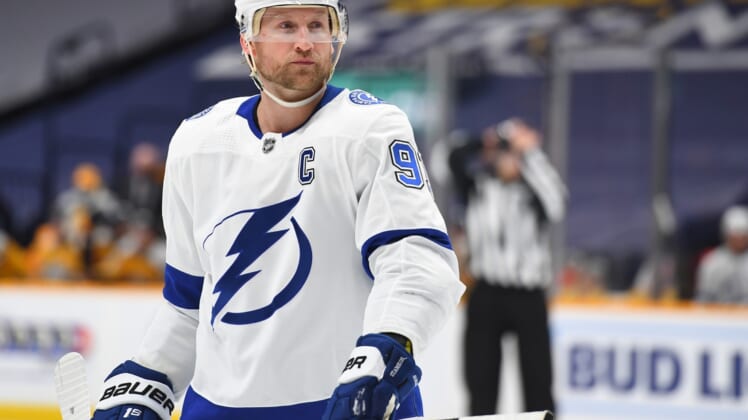 The 31-year-old team captain went on the list Friday. At the time, Stamkos said he suspected it was a false positive test.

Stamkos had missed Thursday’s 5-2 loss to the host Florida Panthers with a lower-body injury.

Tampa Bay hosts the Panthers on Monday night but it isn’t immediately known if Stamkos will be available to play.

Stamkos has seven goals and seven assists (14 points) in 11 games this season.

The six-time All-Star is the Lightning’s all-time leader with 429 goals. He has 417 assists and 846 points in 814 games over 13 seasons with the franchise.